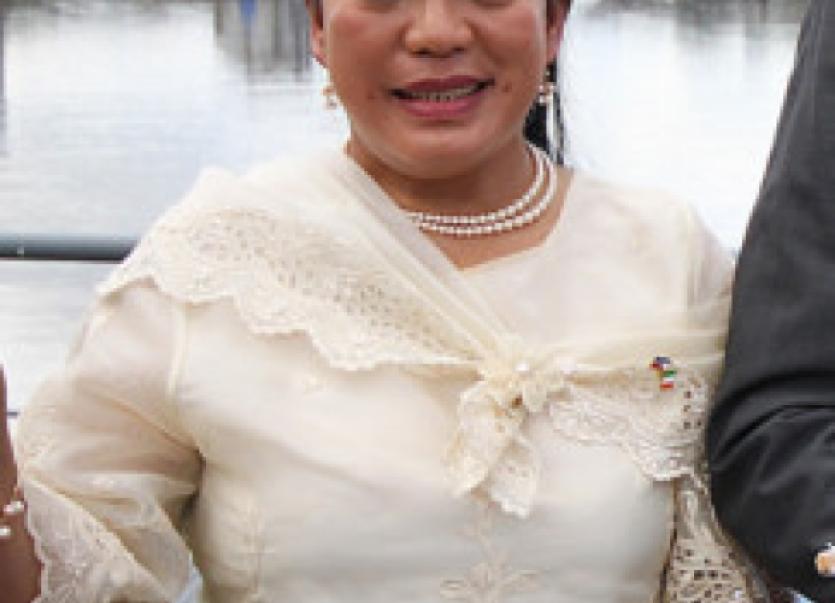 LIMERICK’s 600-strong Filipino community is banding together in the wake of the devastating typhoon which has killed thousands of people in their homeland.

LIMERICK’s 600-strong Filipino community is banding together in the wake of the devastating typhoon which has killed thousands of people in their homeland.

Tess Conway, the chairperson of the Limerick Filipino Community (LFP) has revealed her heartache at not being able to get hold of relatives in the Philippines, while efforts are being co-ordinated for a fundraising drive from Limerick for those devastated by Typhoon Haiyan.

Mayor Kathleen Leddin is to seek the approval of council colleagues to open a book of condolences in memory of the more than 2,000 people who have died in the typhoon, which is one of the most powerful ever recorded on land.

It hit the coastal Philippine provinces of Leyte and Samar last week, before sweeping through six of the country’s islands.

It is estimated that around 11 million people are affected by the superstorm.

Some of these people are the family of Ms Conway.

Although her immediate relatives are based near less-affected Manila, she has extended family in Leyte.

She is worried about their well-being - a feeling heightened by the fact communication networks are down.

“Some of my relatives and friends have been caught in the typhoon,” she said, “but we have received no news.We have had no contact with them. It is very bad. In some remote areas, there is no communication. They have no water – people are dying.”

At a meeting of the Filipino community on Wednesday night, tears were shed, she added.

“It is really devastating. It is very upsetting, and we all feel very sad. A lot of people have nothing. The community is really suffering right now,” she said.

Despite the tears, the community put in place a plan of action to try and fundraise and get the money sent back as soon as possible.

They are looking to potentially pack bags in the various Dunnes Stores branches across Limerick.

Ms Conway is also the finance director of the Filipinos in Ireland group, and this Wednesday, she travelled to Dublin for fundraising talks at the country’s embassy.

“There are lots of people who want to support us and give us some donations,” she confirmed.

Mayor Leddin attended a function with LFP earlier this year.

She said: “My heart goes out to them for all their suffering at the moment. They are lovely people, really nice, and very much a part of Limerick life.”