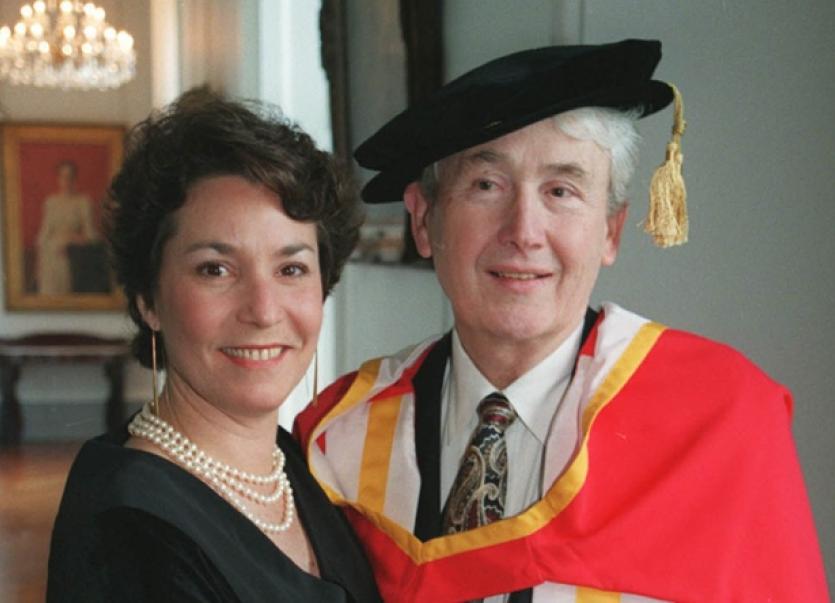 THE POSITION to hold the first Chair in Creative Writing in memory of Frank McCourt has been advertised - with a starting salary in excess of €100,000,

THE POSITION to hold the first Chair in Creative Writing in memory of Frank McCourt has been advertised - with a starting salary in excess of €100,000,

Plans to create this unique post at the University of Limerick in honour of Limerick’s Pulitzer Prize winning author had been announced over two years ago, with the requirement that up to €800,000 would have be to raised in Ireland and the US to fund the chair. The fixed five-year term carries an annual salary, ranging from €106,516 - €136,276, and the closing date for receipt of applications is Monday, September 30.

Professor Tom Lodge, dean of the faculty of the faculty of arts, humanities & social sciences, said the successful candidate for this “pioneering role” will be teaching creative writing to undergraduate and postgraduate students, while also working on their own personal projects, and will also be expected to “foster linkages” between the artistic and cultural community in the city and the university.

“We are not looking to simply sponsor a writer in residence. It will certainly be an attractive proposition for many writers rarely make enough money out of their writing to constitute a livelihood,” he told the Limerick Leader.

Prof Lodge said they have already had a number of enquiries from established writers in Ireland, and he would be disappointed if it did not attract a well-known writer, “given that Ireland has its fair share of writers.”

While they are keeping an “open minded” regarding the appointment in November, he said the “absolute requirement is that you should be a writer”, whether they are a novelist, dramatist or poet.

“It may be someone who hasn’t taught in a university before but has a reputation as an established writer, or it could be someone with a fairly conventional academic. It depends on the quality and the range of people who apply for the job. We’re attaching a great deal of importance to this appointment, which we believe will enrich life in UL in all kinds of ways,” he said.

A shortlist of about nine candidates is expected to be drawn up at the end of September, who will then be interviewed by the board, which is to include a representative of the McCourt family.

While UL does not currently have a course in creating writing, he said Galway and Trinity College Dublin have similar programmes with these professorships.

Former United States President Bill Clinton earlier said: “I love that the University of Limerick will bring creative writing and storytelling back to Ireland in a fresh way through this chair.” They hope the initial trial period of five years will become a long-term commitment.