Limerick woman robbed while in labour 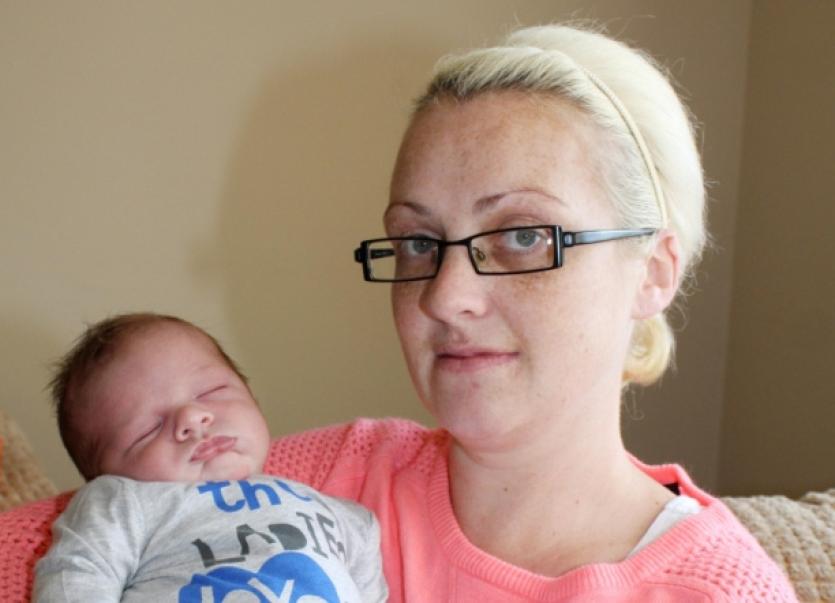 A COUNTY Limerick woman who was about to give birth at Limerick’s maternity hospital went into shock and her labour stopped when she discovered she had been robbed while walking the corridors to help speed up the delivery.

A COUNTY Limerick woman who was about to give birth at Limerick’s maternity hospital went into shock and her labour stopped when she discovered she had been robbed while walking the corridors to help speed up the delivery.

“The doctor told me and I went into shock. The labour stopped and I did not have (my son) Max until Saturday – and this happened on the Thursday,” explained Catherine Carmody from Patrickswell.

Catherine is the second woman who to go public after having property stolen at the University Maternity Hospital on the Ennis Road.

“I saw your story on the Monday Leader with the HSE warning patients about bringing their wallets and other valuables, but nobody said anything to me, and there is no signs up there,” said Catherine.

“Gardai and staff at the hospital have told me these robberies are an ongoing problem,” she said.

Catherine had a purse with €46 stolen on August 15 while Jill Leonard was robbed on August 24 following the birth of her son Kane. She had a smartphone and wallet stolen. Both matters have been referred to the gardai.

“I was in labour,” explained Catherine, “ and was told to go for a walk to help speed things up. But when I returned my purse had been stolen and they had gone through all my personal things. They later found my purse in the toilet.”

She said that she was “so shocked” that her labour stopped and she had to wait until Saturday to have her son.

“I did not know about anything until a nurse and security guard asked me to check to see if anything had been stolen. I checked and my purse was gone and the security guard had it, but it was empty,” she added.

“This happened during visiting hours and there were three other ladies in the room at the time. But they had their curtains up as they had visitors and did not see anything,” she added

“I was told that this is an ongoing problem at the hospital. I spoke to the gardai but I have heard nothing back and it appears that nothing is being done about this problem,” she added. “We should have been warned in advance.”

The good news is that baby Max was delivered fine and healthy, much to the delight of Catherine and her partner Ian O’Halloran,

HSE spokesman Michael Walsh said: “There are warning signs in place throughout the hospital but we are reviewing them currently with a view to providing more.

“Ms Carmody’s purse was subsequently found with all cards etc still in place but the €46 was missing.”

He said that the hospital has had two such thefts over the past three months and while these are two robberies too many,they did not constitute an “ongoing problem”.

“People are advised not to bring valuables into the hospital or to send them home and the giving of this advice is being addressed currently at all staff meetings to ensure that it’s happening.It is most regrettable that Ms Carmody was not advised in this manner.

“No comment can be offered on the clinical issue raised as it would constitute a breach of patient confidentiality.”