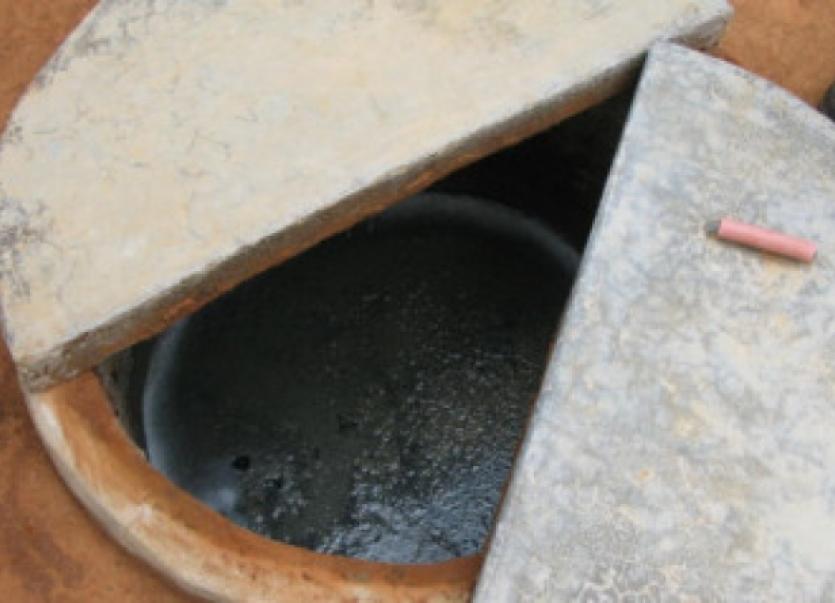 LIMERICK County Council officials are not concerned about a 100% failure rate in septic tank inspections carried out in the past week, which were the first inspections to take place anywhere in the country.

LIMERICK County Council officials are not concerned about a 100% failure rate in septic tank inspections carried out in the past week, which were the first inspections to take place anywhere in the country.

Seven septic tanks have so far been inspected in areas of east and central county Limerick where there is a “high risk” of groundwater contamination.

All of the tanks inspected have so far failed, with three allowing effluent to come into contact with surface water.

However Anne Goggin, senior executive engineer with the county council, said that the high failure rate was expected in parts of the county where soil “is fairly poorly drained”.

She said that the level of septic tank compliance is likely to increase when inspections are rolled out to lower risk parts of Limerick.

“There’s no set standard we’re following, in terms of EPA rules. It’s a check to make sure the tanks aren’t causing a nuisance, pollution or a danger to human health. Regardless of what age the tanks are, if it’s not causing these problems it won’t be an issue.”

The septic tank inspections in Limerick were the first carried out in Ireland under the controversial Water Services (Amendment) law, which came into force earlier this year following a wave of public protest in 2012.

Ms Goggin said that the council scheduled twelve initial inspections, and have written to householders to provide them with two weeks’ notice.

Of the seven that have already taken place, five were in a “cluster” near the city, while the other two were “quite close to each other” in east Limerick. Five more inspections are due to take place next week, also in the east Limerick area.

Ms Goggin said that the faults that inspectors had found ranged from minor issues, such as a lack of access for de-sludging and roof water entering the tank, to more serious concerns such as raw effluent coming into contact with surface water.

Ms Goggin said that the council have a schedule of 50 inspections planned to take place between now and July 2014, with six inspections happening every other week.

They will be carried out up until the start of December, at which point the inspections will pause and re-commence in the new year.

Householders who are found to have faults with their septic tanks will be given between one month and a year to rectify the problem. Grants will be made available to households with faulty septic tanks, provided they registered before last February 1.