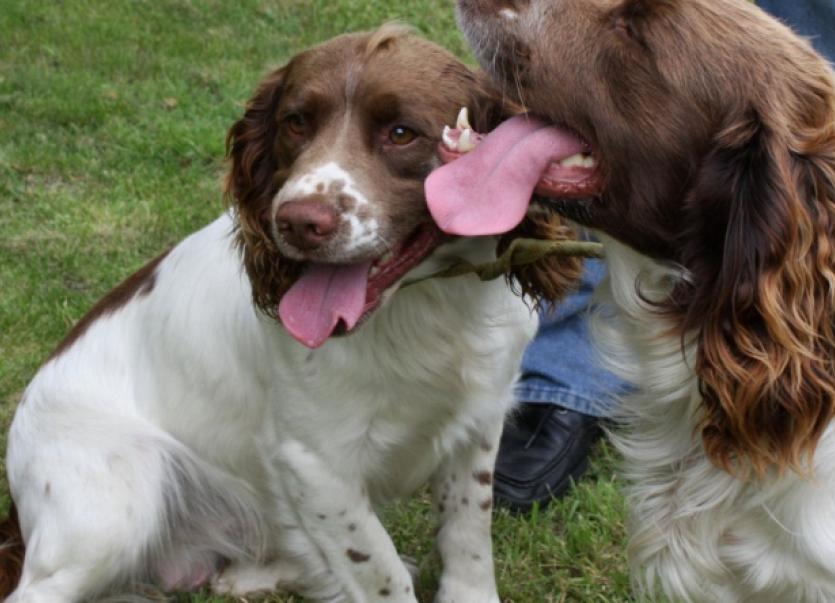 There was woof justice for the people of Bruff this week as three local canines won big in the weekly lottery.

Pepe Power and Duke and Oscar Barron are chomping on fillet steak instead of Pedigree Chum after they each picked up a cool €20 in last week’s lucky dip.

Pepe, a well-known character in Bruff, is the town’s most celebrated canine lotto player after scooping a whopping €1500 in the parish draw some 10 years ago.

Since then, he has continued on his lucky streak - in June he won €50, two weeks in a row!

“It could lead to a dog fight,” joked his owner Patricia Power this week. “He is a right gambler. He would want to be going to Gamblers Anonymous!”

The cairn terrier has been doing the lotto for almost 13 years now with a helping hand from Patricia.

“I just got the idea of putting the dog’s name down instead of my own and he’s doing it for years, since I got him,” said Patricia who got Pepe from Limerick Animal Welfare.

“He was born with a silver spoon in his mouth. He was well looked after by his previous owner. He had a great time. He wasn’t an abandoned dog - he was put up for adoption.”

Since Pepe arrived at Croom Road, Bruff, he has been rolling in money.

“He wins €20 now and again in the GAA lotto. He buys an awful lot of tickets though! But he has had a few bad years too,” Patricia admits.

Word of Pepe’s luck soon spread down the Croom Road in Bruff to the Barron residence where gundogs Duke and Oscar were anxious to have a shot at the jackpot.

So what are the trio spending their winnings on?

“Treats,” according to Patricia.

“Pepe loves my sliced cake and cream buns, he just demands it. He likes dessert as well as his dinner. I like the sliced cake with a cup of tea but I can’t eat it with him there. He will hit me with his paw! He would be asleep under the table while I’m having my dinner but with one eye open!”.

According to Patricia, the well-known Pepe has a terrific personality.

“He loves everybody. And everybody loves him.”

While he was a bit of a looker in his day - “a gorgeous dog” when he came bouncing into her home on January 13, 2010 - now, she admits, he is beginning to show his age.

“He is not as handsome but he will always be handsome in my eyes,” she smiles.

“He has to go to the vet now and again with a few problems but he is not letting that hold him back. He would walk three miles, every day.”

And more power to lucky Pepe!