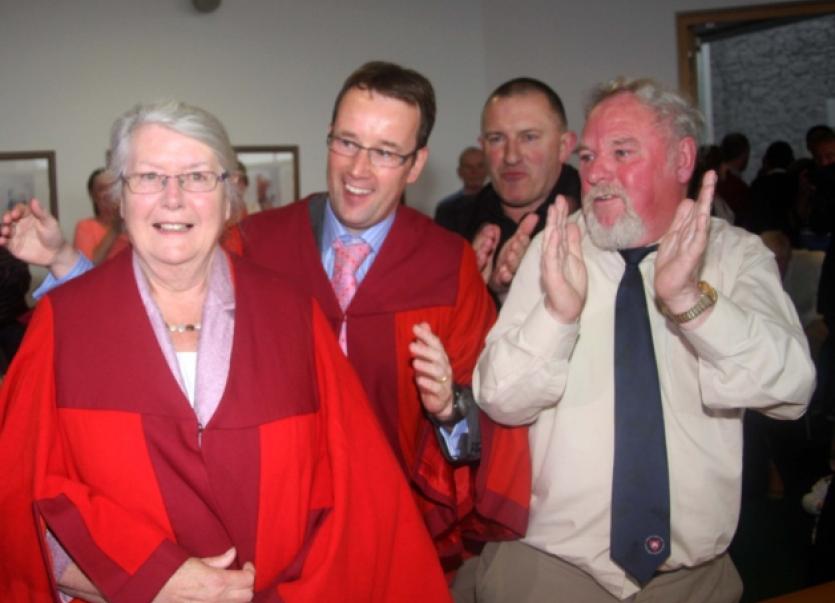 INDEPENDENT councillor Kathleen Leddin has been elected the 817th Mayor of Limerick.

INDEPENDENT councillor Kathleen Leddin has been elected the 817th Mayor of Limerick.

On a dramatic night at City Hall, which saw inter-party agreements collapse, and Fine Gael councillor Pat Kennedy vote against his own party nominee, Cllr Leddin secured the chains by nine votes to eight.

Fine Gael had been confident that their candidate, city east councillor Denis McCarthy would become the last mayor of this council.

But the three members of the Labour party dumped a pact they signed with Fine Gael last year, with Cllr Joe Leddin instead seconding his aunt for the role after Cllr John Gilligan’s nomination.

And when Cllr Pat Kennedy voted against his own Fine Gael party, it all but sealed the chains for Cllr Leddin.

It was a case of fifth time lucky for Cllr Leddin, who has been runner-up for the position as recently as last year when she lost out to Cllr Gerry McLoughlin, the beneficiary of a Labour-FG pact.

For more information, pictures and reaction, see the Limerick Chronicle newspaper, plus the Limerick Leader Wednesday tabloid, and weekend editions.