Fury over delays to aid stricken man in Limerick 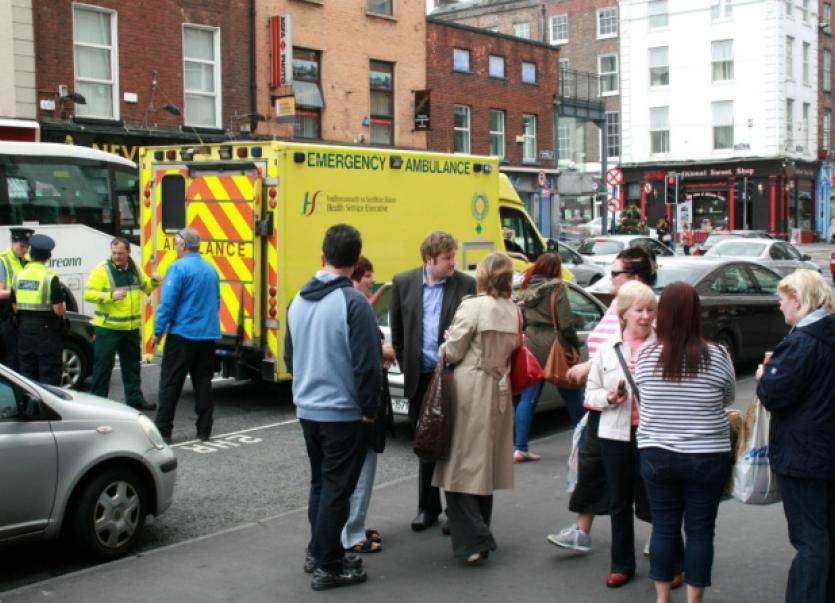 A number of witnesses have claimed that when they called the gardai to get help to the man, believed to be in his early 30s, they were told the force had no access to a vehicle - and were instead watching him on CCTV, lying in O’Connell Street.

Both the gardai and the emergency services have been criticised after the young man lay unconscious in the heart of the city’s main street while passers-by walked around him.

Deirdre McMahon, Dooradoyle, said that two gardai walked past the stricken man and took “not a bit of notice”.

“It was like they couldn’t care less - that it was nothing to do with them,” she claimed.

Her son Mark said he had called Henry Street garda station at 11.30am - but an hour later, there was no response.

But he said he was told that they could not attend the scene as they did not have access to a car.

She added that officers said they were already aware of the individual, and were watching him on CCTV.

Clarina woman Veronica Henn, came into the city to do some shopping on her way to Shannon Airport.

When she saw the man lying on the pavement, she entered a nearby shop, asking if they had called the guards.

“They said they had, so I presumed somebody would come and help: but when I came back about an hour later, I could not believe he was still lying on the streets. I rang the guards, and they told me they have him under surveillance, and that they had no car to come and get him.”

Deirdre said: “It is like England was years ago: that you can just fall down on the street, and people just walk around you,” she said.

Veronica said the guards could have at least contacted the University Hospital.

“I just felt this wasn’t right. It shows you what kind of a country we are living in: so many people would have walked past. This is supposed to be a Christian country, and we can just treat our citizens like that. You have all these tourists walking around, and they see a person lying on the street. He looked young, he looked healthy, and they did nothing,” she said.

An HSE spokesman confirmed an ambulance was called at 12.19pm, and arrived seven minutes later.