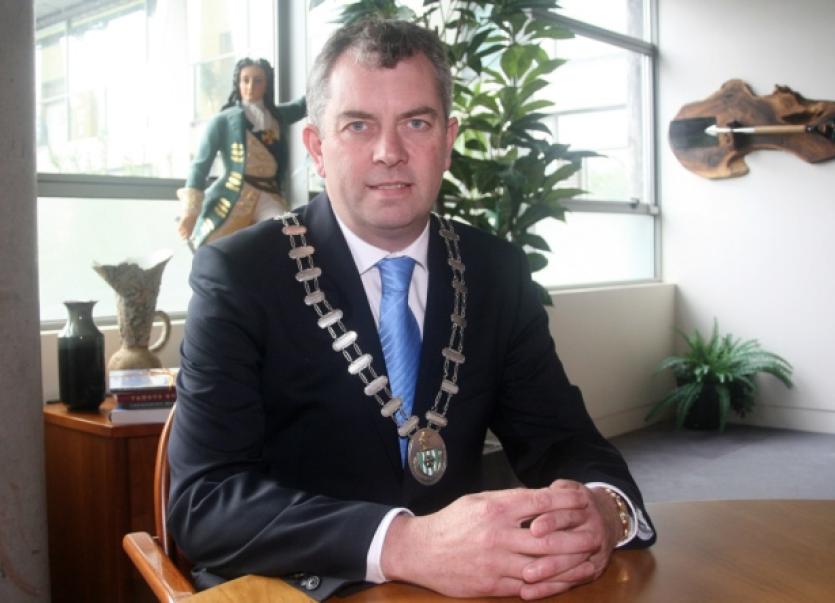 PETTY arguments will have to be put aside for the betterment of Limerick going forward, according to Cllr John Sheahan who has been elected as the last-ever Cathaoirleach of Limerick County Council.

PETTY arguments will have to be put aside for the betterment of Limerick going forward, according to Cllr John Sheahan who has been elected as the last-ever Cathaoirleach of Limerick County Council.

The Fine Gael leader in the council, was elected to the position, unopposed, along with his party colleague, John Egan as leas-cathaoirleach, this Friday afternoon.

Cllr Sheahan is the 115th cathaoirleach of Limerick County Council.

Speaking at County Hall, Cllr Sheahan outlined his ambitions for Limerick going forward and said the new joint authority “is for all of Limerick”.

“I hope that whoever the new leader of the new authority will be in 2014, that they will be somebody who will cover from Kilfinane to Caherdavin and from Abbeyfeale to Castletroy. We are going to have to move on and move any petty arguments out of the way and look at the bigger picture,” he said.

The 48-year-old is a native of Ballyguiltenane, Glin where he still lives. A part-time farmer, he is married to Mary and they have two daughters, Nicola and Claire.

Cllr Sheahan was handed the chains of office by outgoing Cathaoirleach, Jerome Scanlan.

“I’m delighted for John Sheahan. We joined the council on the same day in 2004,” said Cllr Scanlan.

“I know John will serve Limerick with pride and conviction.”

During his year in office, Cllr Scanlan attended in excess of 400 events. While he said he thoroughly enjoyed his tenure, he did admit that it was pressurised “from the point of view of trying to meet the demands of the public and carry out the role of first citizen”.

“People sometimes say ‘Does the cathaoirleach of the council do anything?’. I was out and about. I suppose from the point of view of service, I didn’t manage to give the level of representational service to my constituents that they deserved, because of my position as cathaoirleach. But having said that, it was an absolute honour and great to have been cathaoirleach,” he told the Leader.

Chairing the monthly county council meetings, he said, was “interesting”.

“It would have given me a different perspective of my council colleagues when I moved across the floor.

“I never really stopped to think that much about people when I was sitting on the same side of them but when you cross the floor, you have a completely different view of people - they either go up or down in one’s estimation.”