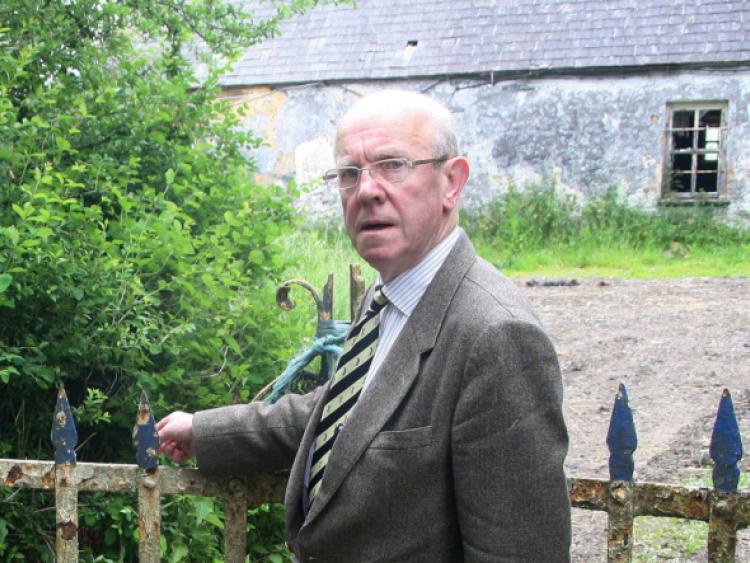 The long serving politician says he has never seen the dumping problem as bad.

He calls the parish of Donoughmore-Knockea-Roxborough and neighbouring areas the capital of dumping in County Limerick.

“From the Mill Road in Ballysheedy back to Ballysimon every side road there is a dump because it is so close to the city.

“Just the other week there were over 40 bags of rubbish dumped on a one mile stretch from Donoughmore Cross. The next week they will go back to the other end of the parish. They cut across the small bye roads and fly tip. If it goes into a farmer’s land then he is responsible. It is scandalous what is going on,” said Cllr Wade

He blames cowboy collectors who are being paid to take away rubbish and then dump it as close as possible to the city.

The council told the Leader in April that 50-55 per cent of all households in County Limerick are without an authorised refuse collection service. This rubbish has to go somewhere and Cllr Wade says it is ending up in the rural areas on the outskirts of the city. He calls for targeting of these cowboy collectors and dumpers.

“If they could place cameras in these blackspots and catch them in the act. And I would hope when they come to court the judge would hand down the maximum fine of €3,000. That might make a few of their ilk think twice,” said Cllr Wade.

The problem is even making its way in to our rivers and streams. Limerick Leader notes correspondent for Caherconlish, Pat Hourigan, has regularly highlighted the state of the Groody river in the village. Rubbish dumped in a bog area has flowed down into the village.

“It would remind a person of the scenes in certain parts of Calcutta,” wrote Mr Hourigan.

Cllr Wade contacted the OPW to carry out improvement works.

Mr Hourigan says the river was cleaned up several times by residents associations and the local community over the years.

However, building close to the river has made it impossible for machinery to work from the banks. “This has led to overgrowth of weeds and rubbish washed downstream gathering in inaccessible spots. It is in stark contrast to many well-kept gardens” he said.