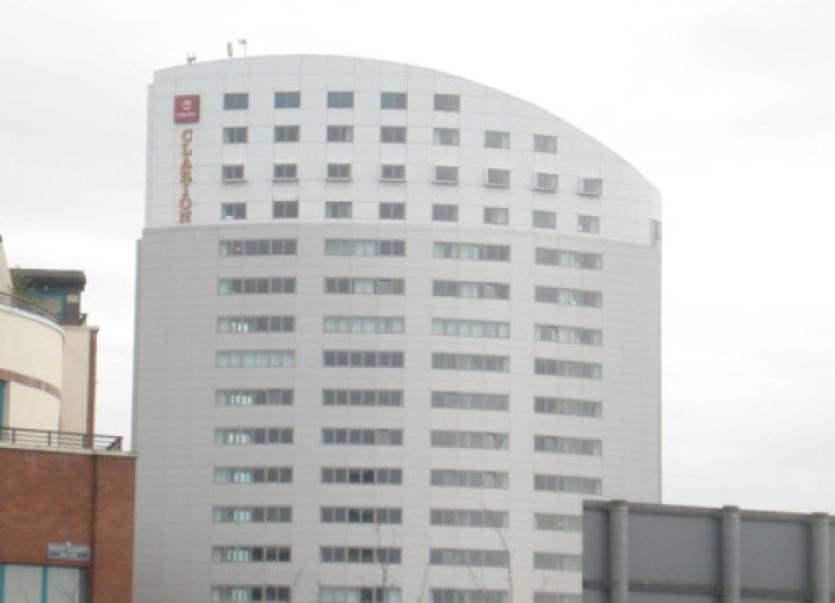 “CIGARETTES and an energy drink” was all a 21-year-old woman got from a €4,000 haul of jewellery and other belongings stolen from guests of the Clarion Hotel, Limerick District Court has heard.

“CIGARETTES and an energy drink” was all a 21-year-old woman got from a €4,000 haul of jewellery and other belongings stolen from guests of the Clarion Hotel, Limerick District Court has heard.

Judge Eugene O’Kelly was told on an earlier date that among the items stolen from the room was an engagement ring that has never been recovered.

Jade Power, of Abbeyvale, Corbally, admitted theft at the landmark Limerick hotel some time between July 31 and August 1, 2011, having duped hotel staff into giving her a room key.

At an earlier hearing, Insp Seamus Ruane said that when she was arrested, Ms Power had claimed she had sold the property at a cash-for-gold shop, something gardai had been unable to establish when inquiries were made with that business.

Judge O’Kelly had earlier expressed concern that Ms Power was accepting full responsibility for having stolen the property when it was her defence’s case that she had not benefitted and that a man and a woman who were also involved in the incident had kept most of the property.

Ms Power had never named her accomplices when interviewed by gardai in relation to the theft.

The case had been adjourned to afford Ms Power the opportunity to provide further assistance to gardai in their inquiries.

“She felt that she could not do that,” Ms Power’s solicitor Darrach McCarthy told Judge O’Kelly when the case was called on Wednesday.

The offence came at a time in Ms Power’s life when she was dealing with number of addictions and she no longer associated with the other persons who were involved in the theft, Mr McCarthy said.

Asked by the judge whether the injured parties were tourists, Sgt Donal Cronin said they were Irish visitors to the city.

“It goes without saying that offences of this nature attract a custodial sentence being at the upper end of the scale in this jurisdiction,” Judge O’Kelly said.

Asked whether Ms Power had benefitted from the crime, Mr McCarthy said the mother-of-one had assured him that was not the case.

“Cigarettes and an energy drink is all she got from the haul,” Mr McCarthy said.

Ms Power’s suitability for 220 hours community service is to be assessed by the Probation and Welfare Service in lieu of 10 months in prison before the case comes before the judge again on May 22.

The judge said he had to afford Ms Power some credit for entering a plea of guilty.