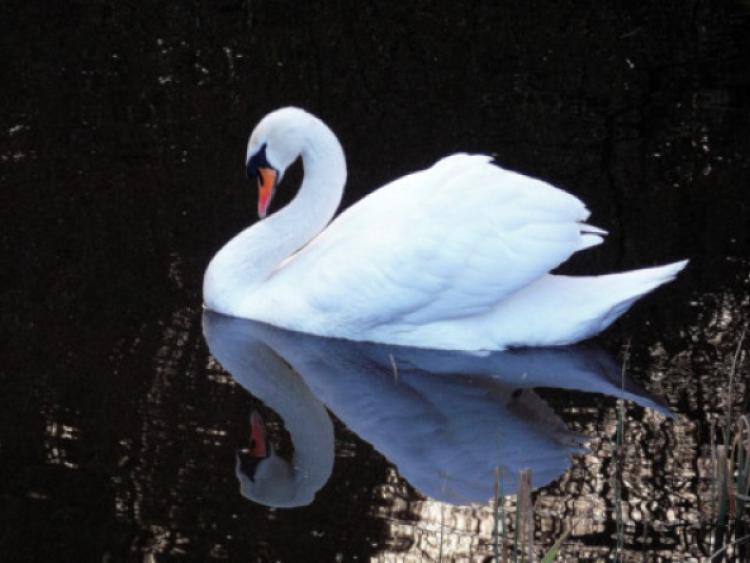 THE IRISH Wildlife Trust has issued an appeal for the public’s help after two swans were snatched in County Limerick and thrown in to the back of a van.

THE IRISH Wildlife Trust has issued an appeal for the public’s help after two swans were snatched in County Limerick and thrown in to the back of a van.

A person contacted the trust after witnessing a swan being taken on the Bilboa river near to old creamery in Cappamore.

Fintan Kelly, research officer, said the caller was very distressed at what he had seen.

“He told me that he was out walking his dog in the morning. There were a number of people feeding the swans with bread, then they grabbed one and threw it in to a blacked out van,” said Mr Kelly.

The eye witness told the Irish Wildlife Trust that the men were of Eastern European extraction. Swan meat is a delicacy among some nationalities. The birds are protected under the 1976 Wildlife Act and it is illegal to kill them.

That incident happened last Wednesday and the following morning the poachers were back.

“The man got back in contact with us to say they were throwing bread at the swans again. He confronted them and they left.

“He spoke to one of his friends and they also witnessed a swan being taken at the same location,” said Mr Kelly, who by the description given to him thinks it was one adult swan and a mature cygnet.

This tallies with chairman of Cappamore Tidy Towns, Timmy Butler, who said that two adult swans and five or six cygnets arrived at that stretch of river last year.

“I was dumbfounded when I heard it. With the Tidy Towns I would be out and about tidying up so I would see them,” said Mr Butler, who is also a wildlife enthusiast.

Mr Kelly issued an appeal on the Irish Wildlife Trust’s Facebook page for people in the Cappamore area to be vigilant.

“Our advice always is to take down the reg plate number, exact location, as much detail as possible and contact gardai,” said Mr Kelly.

Cappamore gardai are also aware of the incident and can be contacted at 061 381202.

Mr Kelly says they are asking for the public’s help in the whole county.

“If they are cheeky enough to come back to the same place two days in a row in broad daylight they are probably going to move on to someplace else in Limerick and take swans there.

“Swans are so used to being hand fed at this stage that they have no fear of people approaching them. If you have a group of people taking swans consistently they could clear out a large area over a short time,” said Mr Kelly, who adds that they have also got reports of swans being taken in Dublin and Galway.