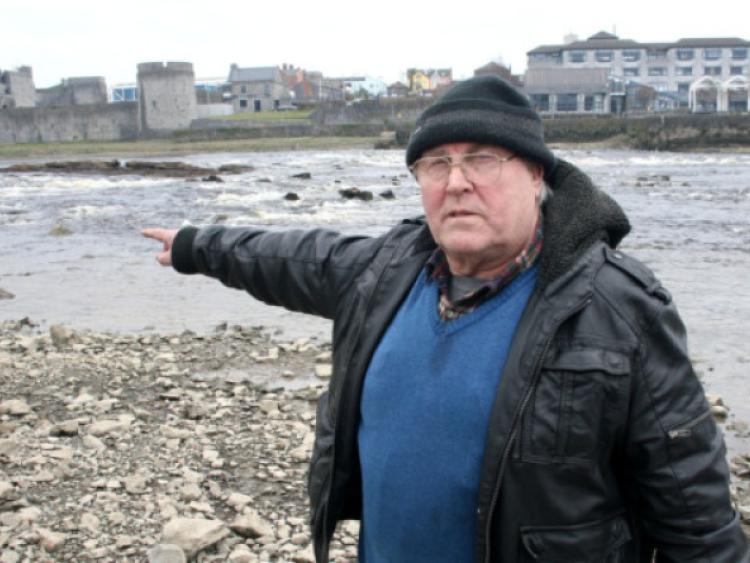 CAMPAIGNERS opposed to plans by Dublin City Council to extract water from Lough Derg to shore up the capital’s dwindling water supply could take their case to the European courts.

CAMPAIGNERS opposed to plans by Dublin City Council to extract water from Lough Derg to shore up the capital’s dwindling water supply could take their case to the European courts.

Gerry Siney, chairman of the Limerick branch of the Shannon River Protection Alliance, said his group is examining the relevance of a European ruling on the Greek government’s failure to protect a lake and has been conferring with Irish MEPs on the matter.

Fine Gael’s Jim Higgins, who represents County Clare in Strasbourg, is against the principle of extracting hundreds of millions of litres of water a day from Lough Derg, which - as in the Greek case - is a protected body of water. And the MEP said Ireland should also seek to obviate the risk of hefty fines from Brussels for breaching EU environmental directives.

Greece has been convicted by the European Court of Justice for failing to protect Lake Koroneia, which according to some estimates has lost a third of its water over the last decade. While Greece is an arid country, the degradation of the lake has been exacerbated by the Greek government’s failure to regulate irrigation by farmers, according to the EU.

“We are in the process of studying this case as it looks to us that it is very relevant to Lough Derg, a lake protected by EU law,” said Mr Siney.

Campaigners had already contacted MEPs Phil Prendergast and Marian Harkin as well as Mr Higgins on the Greek issue and its relevance to Lough Derg.

“What we may have to do next, having studied the matter more fully, is register a complaint with the Commission Directorate. If the Commission then deems that the matter is worthy of their attention, they would then get involved. That would be of help to us because we are a voluntary group without a lot of fundraising capacity to engage high-level consultants on the environmental effects of extraction,” Mr Siney said.

With Dublin facing chronic water shortages, its City Council has formally adopted a €500 million plan to take water from the Shannon system at Terryglass, store it in a reservoir in a depleted bog outside Portarlington and pipe it to the capital.

The scheme is expected to go straight to An Bord Pleanala but this cannot happen until the council appoints consultants to carry out an environmental impact assessment.

Environmental, angling, boating, tourism and other business interests along Ireland’s longest river have formed the Shannon River Protection Alliance to resist the scheme.

Patsy Peril, a fisherman who is a member of the alliance, said the recent appearance of three dolphins in Bunratty was linked to the unseasonal dry spell and its effect on the saltwater/freshwater barrier in the Lower Shannon.

“Frank McCourt is on holidays and we have not had enough rain to get the freshwater coming through. There is a drought in our rivers and it is as a result of that we have had the dolphins coming so far up - because the freshwater is not flushing out,” said Mr Peril.

“If we had a situation like this combined with the water being piped to Dublin at the same time, what we would have on our hands would be an environmental catastrophe on the Shannon and for its species.”

The recent break in the weather had shifted the saltwater/freshwater equilibrium and that is why the dolphins had departed Bunratty in recent days, according to Mr Peril.

Bord na Mona, which is backing Dublin City Council, has said the scheme would have a “negligible” impact on the Shannon and the reservoir in the Midlands would only require two per cent of the Shannon’s full capacity flow. But Mr Peril wryly observed; “they would say that, wouldn’t they?”

The ESB, he said, was seeking compensation for loss of power generation capacity arising from the extraction plan.

“We will have the very strange situation where the public in Dublin will be buying water from Irish Water once the water charges come in and they will also be paying the ESB indirectly.”

Recent water shortages in Dublin - which were attributed to algae problems at a treatment plant and leaking pipes - saw rolling restrictions imposed on the citizens of the capital. Dublin restaurateurs complained they were resorting to storing water in buckets to keep their businesses open.

Limerick City Council has unanimously adopted a resolution in opposition to the €500 million plan but a less united front was presented at Limerick County Council when the matter came up for discussion in 2010.

Fianna Fail’s Cllr Kevin Sheahan dissented from the majority view when he urged councillors not to deny their relatives and friends in Dublin “a cup of water”.