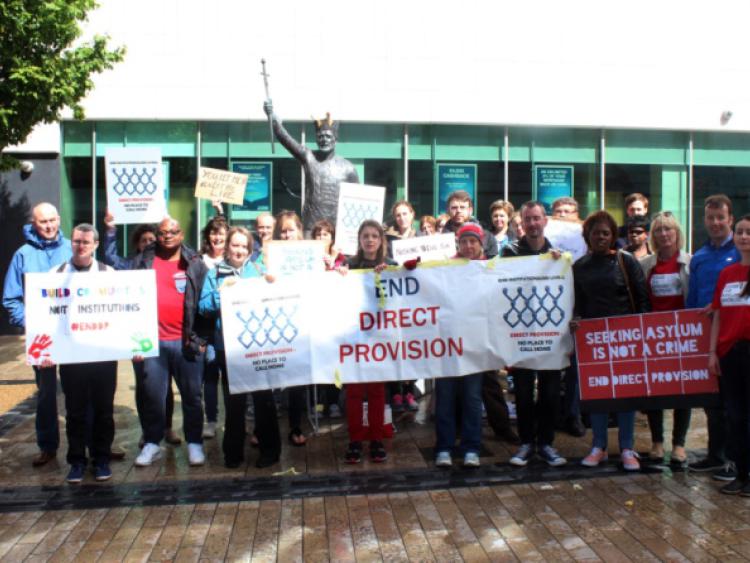 A PROTEST calling for the end to “inhumane treatment” of asylum seekers in Limerick and Ireland took place at Bedford Row on Friday afternoon.

A PROTEST calling for the end to “inhumane treatment” of asylum seekers in Limerick and Ireland took place at Bedford Row on Friday afternoon.

Hosted by Doras Luimní and attended by local activists, asylum seekers and elected representatives, people called for Direct Provision - a system which has been criticised for putting asylum seekers “in limbo” for years - to cease immediately.

Doras Luimní chairperson John Lannon said that the system has been “unsatisfactory” for people in Limerick, and that it has become difficult for children in Direct Provision to pursue education and a “normal sense of life”.

Speaker Ellie Kisyombe said that Direct Provision is a “shameful” system and has called on the ministers and government officials to make “responsible decisions”.

AAA Cllr Cian Prendiville speaking at the protest that the system is a “stain on the Irish government”.