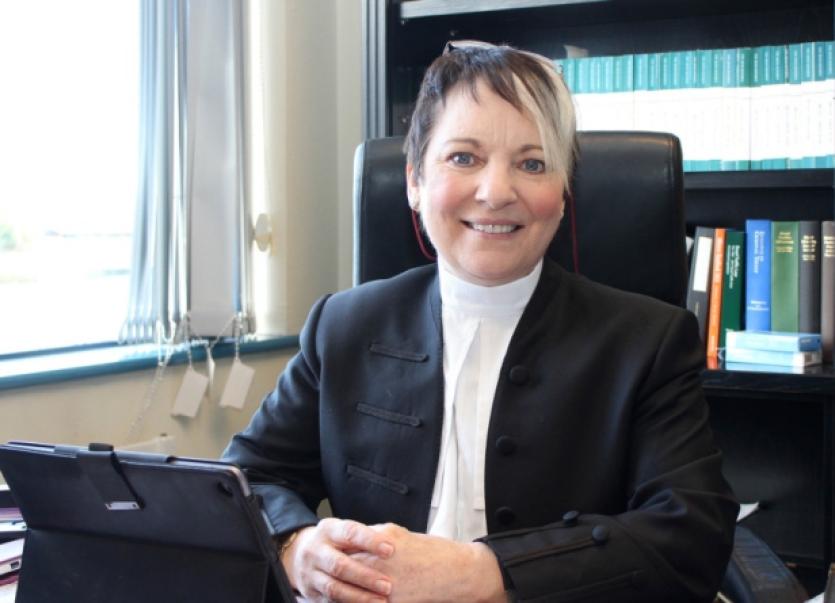 A MOTORIST who was caught driving less than five months after he was disqualified for ten years has been sentenced to 14 months imprisonment.

A MOTORIST who was caught driving less than five months after he was disqualified for ten years has been sentenced to 14 months imprisonment.

Stephen Curtin, aged 24, who has an address at Deelside, Askeaton admitted several road traffic offences relating to an incident at Condell Road on February 9, last.

On that date the defendant was stopped at a routine checkpoint after Garda David Gee noticed there was no NCT displayed on the vehicle he was driving.

Curtin, who has more than 70 previous convictions, subsequently pleaded guilty to driving while disqualified, driving without insurance and driving without a driving licence on the day he was stopped.

Following his guilty plea at the end of July a five month prison sentence, which was imposed for similar offences last September was  activated.

Yesterday, Sergeant Donal Cronin said the defendant has a “long history” of driving while disqualified and without insurance.

Judge Marian O’Leary was told Curtin was disqualified from driving for 20 years when he appeared before Newcastle West District Court on June 2, last.

Laurence Goucher BL said his client has a “cavalier attitude to put it mildly” towards the road traffic laws but that his attitude has changed since he was imprisoned.

He said Curtin is making genuine efforts to get himself “back on the straight and narrow” and accepts that it will be a long time before he can get behind the wheel of a car again.

He submitted a handwritten letter from the defendant -describing it as a “plea from the heart” for leniency.

However, noting Curtin’s previous record and the fact that he has severed a number of prison sentences in the past, Judge O’Leary imposed prison sentences totalling nine months relating to the offences at Condell Road.

The judge ordered that the sentences be served consecutively to the five month prison sentence which was activated last month.