HSA investigators to meet with gardai on Thomond Bridge incident 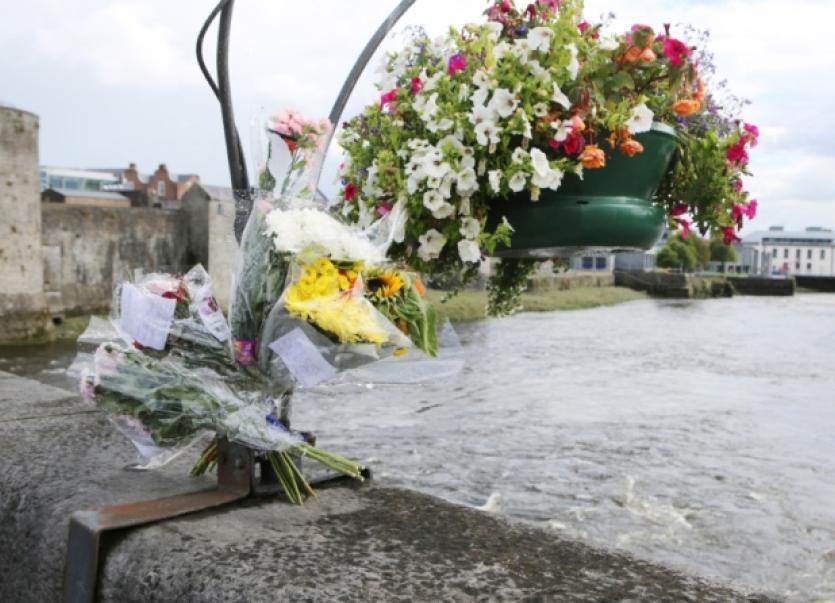 INVESTIGATORS from the Health and Safety Authority are to hold a “case conference” with gardai in Limerick about the catastrophic Thomond Bridge incident in which two men lost their lives.

INVESTIGATORS from the Health and Safety Authority are to hold a “case conference” with gardai in Limerick about the catastrophic Thomond Bridge incident in which two men lost their lives.

The meeting will take place this Thursday. The Health and Safety Authority (HSA) declined to “make any comment in relation to ongoing investigations” when contacted this Wednesday. They are understood to have taken possession of all the equipment used on the site where TJ Herlihy, 36 from Castleisland and Bryan Whelan, 29 from O’Brien’s Bridge, tragically drowned on Saturday.

A candlelit vigil is to take place at Thomond Bridge this coming Saturday in memory of TJ and Bryan, who drowned when the cage-like structure they were working in, which was suspended from the bridge, snapped free from its cable and plunged into the water.

The workers were harnessed into the cage - as is a requirement under regulations - and were also wearing life jackets.

The men were unable to free themselves, while a third man, 36-year-old Paul Murphy from Askeaton, freed his harness and escaped.

It has emerged that Mr Herlihy had just started work with the contracting company, Irish Bridge, on Saturday. He will be laid to rest in Castleisland on Friday, while Mr Whelan’s funeral took place this Tuesday.

It is understood that the entire incident, including the moment the cage fell, was recorded on the garda CCTV system.

Limerick City and County Council, who had contracted the Askeaton company to carry out the remedial works to the bridge, acknowledged that the incident was presently subject of a HSA investigation and extended its deepest sympathies to the families and colleagues of the deceased.

Irish Bridge said the incident, which took place shortly before 4pm last Saturday, was a “terrible tragedy” and “heartbreaking”.

“Irish Bridge would like to offer its sincerest sympathies to the families of Brian and TJ. It’s heartbreaking, our thoughts and prayers are with their families, relatives and friends at this very sad time.

“We would like to thank most sincerely the emergency service personnel for their professionalism. We will, of course, co-operate fully with all authorities examining the incident.”

Mike McNamara, president of the Limerick Council of Trade Unions who knew Mr Herlihy, expressed “deep sadness and regret” at the incident.

“Obviously people working at heights would normally wear a harness, but once you have a flotation device on - it should be one or the other,” he explained.

“It was a tragic and unfortunate accident, but still preventable had that been foreseen and I think a lot of lessons will have to be learned from this,” he said.

The candlelit vigil will take place at 8.30pm this Saturday at Thomond Bridge.