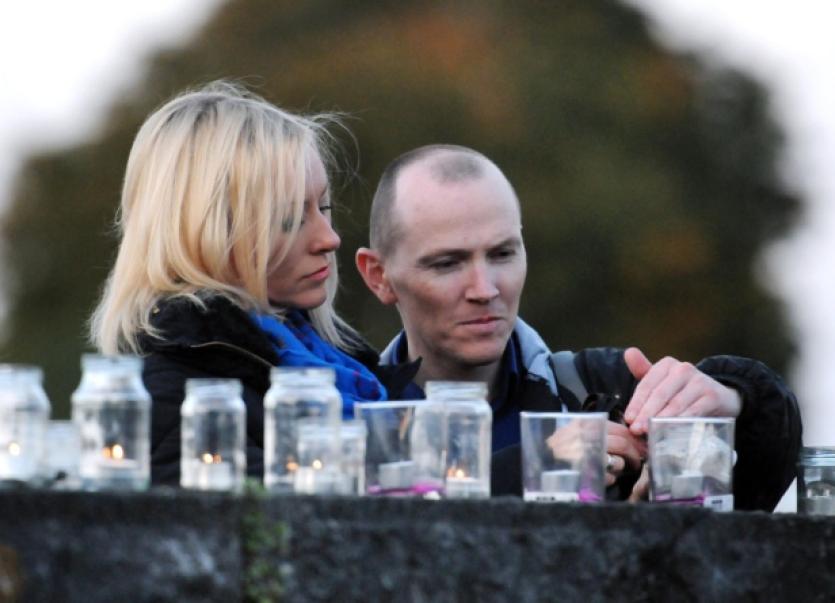 THERE were emotional scenes on Saturday night as hundreds of people took part in a candlelight vigil in memory of TJ O’Herlihy, 36, and Bryan Whelan, 29, who drowned while carry out repair works to Thomond bridge.

THERE were emotional scenes on Saturday night as hundreds of people took part in a candlelight vigil in memory of TJ O’Herlihy, 36, and Bryan Whelan, 29, who drowned while carry out repair works to Thomond bridge.

Relatives of both men attended the vigil as did Paul Murphy from Askeaton who managed to free himself when the cage all three men were working on plunged into the river Shannon.

Addressing the large crowd, he paid tribute to his colleagues and he thanked the emergency services for their efforts as the tragedy was unfolding. He also thanked the public for their overwhelming support and sympathy since.

“As we gather here on this historical Thomond Bridge in Limerick we do so in a spirit of solidarity with the families of those who tragically lost their lives,” he said as two chinese lanterns were released from the bridge.

“We are here united in prayer with the people of Limerick, Kerry and Clare in a spirit if thanksgiving for these two young men who lost their lives in the service of safety for others,” he added.

Maureen Joyce - one of the organisers of the vigil - said people have been left numbed by what happened.

“We could see that there was a need for our city to reach out to the families. Bryan and TJ’s families desperately needed support from the community here, the two boys died while working to improve our community and it is least we could do for them,” said Maureen, who lives in Farranshone.

Breda Davis, who has lived in Thomondgate for the past 14 years, said local people wanted to do something - a week on from the tragedy.

“I felt that there was an eerie silence after they died and I could feel it in the community. Facebook is my social media of choice so I just put it out there and the response went viral straight away,” she said.