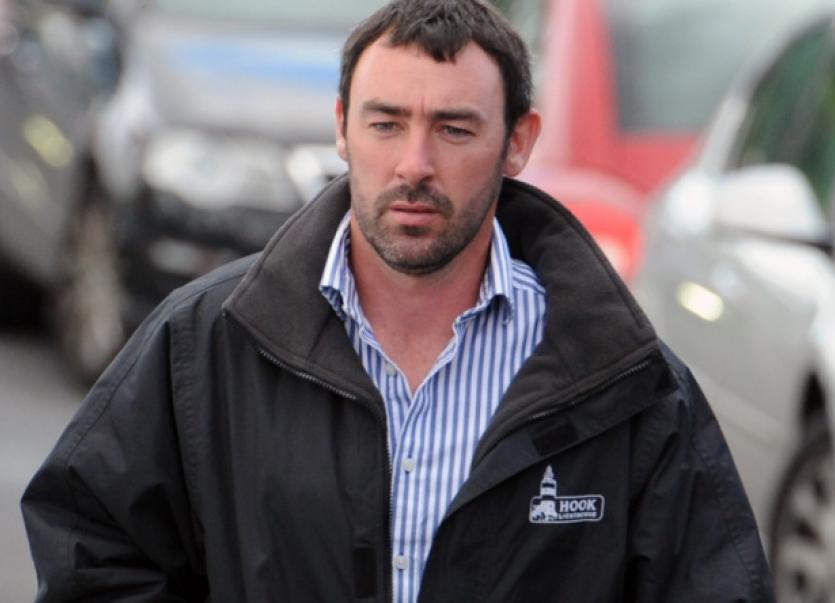 The employer of the two men who died in the Thomond Bridge tragedy at the weekend has praised the “overwhelming sup-port” given to everyone involved in the days since.

The employer of the two men who died in the Thomond Bridge tragedy at the weekend has praised the “overwhelming sup-port” given to everyone involved in the days since.

Paul Mulcair was about to attend an anniversary mass at home for his own brother, who died tragically seven years ago, when news of the accident came through.

“We were just bringing the priest in the back door when the call came,” he said.

Paul and his brother John immediately rushed to the scene from their home near Askeaton.

“I must have gone in that road at 100 miles an hour. I never prayed as hard in my life as I did going in that road,” he recalled this week.

As they approached the city and saw the rescue helicopter and emergency services at the scene, the full scale of the tragedy became clear. Within minutes they received the dreadful news that two of their employees – Bryan Whelan from O’Brien’s Bridge, Co Clare and TJ Herlihy, 36, from Castleisland, Co Kerry – had lost their lives when the cage they had been standing on while repairing the bridge had fallen into the water.

In the wake of the disaster, Paul says their immediate instinct was to reach out to all their employees, especially those who witnessed the incident.

“We have gathered them all together and spoke every day and we are keeping in touch with everyone – even the crane driver who didn’t work with us, we brought him out and put our arms around him and told him we are all one and we are all together in this.”

The tragedy was compounded by the fact that the people affected were not just employees, but friends too.

“There is a great bond with all these lads. There is good craic on the job and we are all friends,” Mr Mulcair said.

They have also been in close contact with the Whelan and Herlihy families all week.

“We have been with both families before the funerals in their houses. They have consoled us as much as we have consoled them. They have thrown their arms around us,” he said. “In times like this, you know what people are made of. The support has been overwhelming.

“Even the people in the Island Field that day - there were about 70 or 80 people who came up and there were tears in their eyes and they all said if there was anything they could do to just ask.”

For the Mulcairs, Saturday’s tragedy was a grim reminder of another tragedy that befell the family seven years before.

“My own brother TJ died seven years ago this Saturday.

Meanwhile, Paul Murphy who survived Saturday’s incident has said he feels for those who had to witness what happened and were powerless to prevent it.

When asked if he felt lucky to survive, he said: “I feel more lucky than the boys on the bridge who were working with us. They felt so helpless and they are traumatised by it because they could only watch and do nothing, but for me it was just a matter of seconds.”

The Askeaton man, whose wife Karen is expecting their second child in November, was with Bryan and TJ in the cage when it plunged into the river.

However, he was able to pull himself down to where the harness connecting him to the cage was tied and release it. The life jacket he was wearing then propelled him to the surface and he floated down the river until he was rescued by emergency personnel.

He admits that it has been hard to come to terms with what happened.

“The first couple of nights it was hard to sleep. I would wake up after three or four hours and wouldn’t be able to get back to sleep.”

The day after the accident, he returned to the scene at Thomond Bridge with members of his family who had come up from Wexford to offer support. They laid a wreath on the bridge and said a prayer for his lost colleagues.

On Monday night, he attended Bryan Whelan’s removal and spoke with members of the Clare man’s family.

“I said to them if there’s anything they wanted to know to just ask. They had a few questions and I tried to answer them as best I could.”

Paul, who has worked as a stonemason with the Mulcairs for the past 14 years, plans to travel to Castleisland for TJ Herlihy’s funeral. He also intends to attend the candlelit vigil due to take place on Saturday.

In the meantime, he and his wife are trying to keep life as normal as possible for their five-year-old son Jack who started school in Ballysteen NS on Monday.

“Today is the first time I’ve had two minutes to myself – I was tidying up the young fella’s bedroom while he was away in school,” he said.