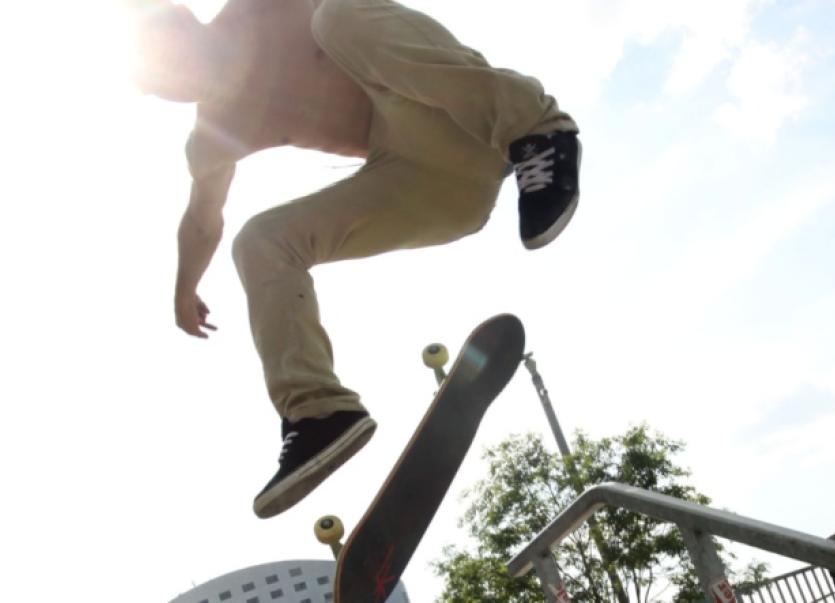 YOUNG skateboarders have been forced out of Mount Kennett’s public skateboard park over the past few weeks, following an incident allegedly caused by a gang of youths “on drink and drugs”, during the summer.

YOUNG skateboarders have been forced out of Mount Kennett’s public skateboard park over the past few weeks, following an incident allegedly caused by a gang of youths “on drink and drugs”, during the summer.

A frequent visitor of the park, who did not wish to be named, said that he and many of his skateboarding friends have been forced to use facilities in Castletroy, after they were assaulted, and threatened at the park by someone “swinging a golf club”.

The incident, which took place on July 22, occurred when a group of young men arrived at the park “drinking cans [of alcohol]” and then attempted to steal a dog from a group of women.

“There was a group of these lads who were coming in and drinking, and there was also a group of women, who normally come in to walk their dogs down in the skatepark. They come down everyday, they don’t bother anyone, and they just chat away to themselves. The lads came up to them and they started shouting at them saying: ‘Oh that’s my dog’, and a woman was saying that it was her dog.

After his friends intervened, he said that “the biggest man” left and returned “swinging a golf club”.

“They came back the next day and the next, and they were coming back for weeks looking for them. My friends have been afraid to come to the skatepark ever since, and they skate everyday, and for them not to be able to come back to Mount Kennett, it is disgraceful.”

The park user said that he does use the facilities himself, but leaves when he sees big groups.

He said that a few weeks ago, he and his friends watched a big crowd of seven or eight people, and saw one of the “biggest lads” purchase or take something off a man in a car, who had just pulled in next to the skateboard park.

“The person in the car handed him out something and he put it in his pants. He then came back into the skatepark. And we thought that he might have had a knife or something.”

He said when he called Henry Street garda station, they told him that they would send a squad car down, but he did not see a garda arrive after watching the scene for two hours.

One witness contacted the Limerick Leader and said that he believed that an individual had returned with a knife. This, he said, prompted the youths to leave to Castletroy.

He added that he called Henry Street, but they did not arrive while they were present.

A garda source said that there was no official report of that particular incident on July 22 or any incident around July. The garda advised people affected by anti-social behaviour at Mount Kennett skateboard park to contact Henry Street garda station immediately, and to ask for a patrol car to attend the scene.

Former Cllr Tom Shortt, who was part of the campaign to build the skatepark, said that he was unaware of that particular incident, but said that anti-social behaviour at the park has been an “ongoing problem.

“The skatepark has been hugely successful. It has been nearly seven years now, and it has largely and hugely been successful. But unfortunately, this is the reality. It’s not confined to skateparks that you get incidents of violence in the city, but unfortunately it does happen.

“I know there have been incidents, and you would not want to for a minute think that they are confined to the skatepark. I know of assaults that happen in different places around the city. And wherever incidents of violence happen anywhere in the city, they are completely out of order. It shouldn’t happen, but unfortunately they do.”

When contacted about the incident, a spokesperson for Limerick City and County Council said that the council had not received any reports of anti-social behaviour at Mount Kennett skatepark, as of Monday, August 31.

The facility officially opened in July 2009, and was co-funded by the Government and Limerick City Council, each providing €125,000 towards the project.