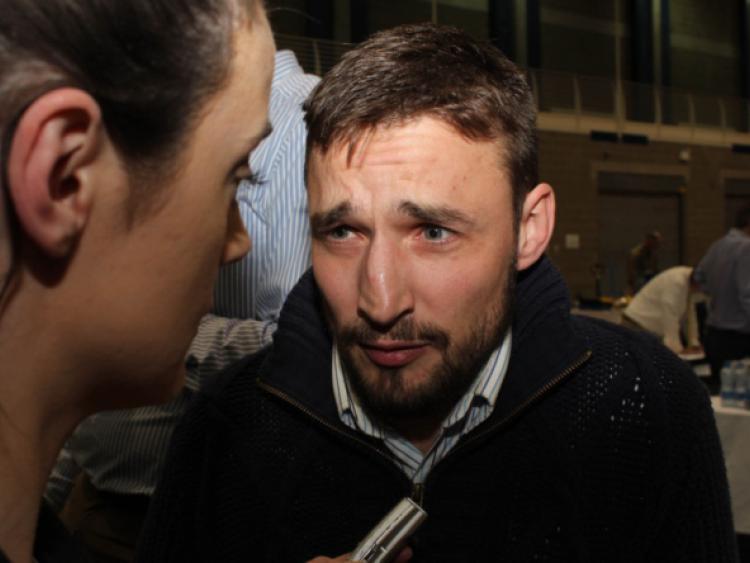 A LIMERICK senator who lost the Labour Party whip over budget cuts will be one of two local politicians to run as election candidates for the Social Democrats.

A LIMERICK senator who lost the Labour Party whip over budget cuts will be one of two local politicians to run as election candidates for the Social Democrats.

James Heffernan will contest the upcoming general election for the party in Limerick County while Sarah Jane Hennelly, 27, will stand in Limerick City.

Speaking to the Limerick Leader, Senator Heffernan accused the Labour Party of “compromising on their principals very, very easily”.

“I think the idea that the people accuse the Labour Party of abandoning their principles is one that is difficult not to go along with,” said the Kilfinane man who topped the poll in the Kilmallock area in the local elections of 2009 when he was a candidate for the party.

“Unfortunately, I think the Labour Party entered into coalition at a time when they were perhaps better off staying out of it but having gone into coalition I think they compromised on their principals very,very easily and seemed to roll over easily and it seemed to be a case of ‘let’s get in government for the sake of being in power and not for what we can do’,” he added.

The former school teacher said he has been in talks with the Social Democrats for a while “and I feel I have a lot in common with them politically.”

The new party was formed earlier this year and is jointly led by its only three TDs, Róisín Shortall, Stephen Donnelly and Roisin Shortall.

“They are people who have shown the highest principles whilst serving their term in the Dáil and they are people I would respect very highly,” said the 35-year-old.

“From speaking with them they are people who have a strong and progressive vision for the country across a number of sectors - be it to do with environment and climate change or to do with childcare and education. Across a broad spectrum, the ideas are fresh and new and certainly something that I think could greatly benefit the country. It’s for that reason that I’m going with them.

“I believe in what they are saying and I know all of them are in politics for very genuine reasons - for public service and to try and do a decent job on behalf of the people who put them there.

Senator Heffernan said it is time the people of the country “were offered something different from the usual Fianna Fail and Fine Gael and now the way the Labour Party have gone.

“I think all of those parties, and I would include Sinn Fein in that, have been tainted to some degree or another and I don’t think people have faith or confidence in them to deliver. I do think it’s time for something new - something different and I think the Social Democrats are that vehicle.”

The Labour Party, he says, “have failed to protect the most vulnerable in society”.

“As we see with the homelessness crisis and various other crisis, when the Labour Party should be championing those issues, unfortunately they have not done that.”

Senator Heffernan has been an Independent member of the Upper House since the budget vote in December 2012. He and Ms Hennelly were two of a number of candidates announced by the Social Democrats at a launch in Dublin today.