Competition fierce as final of Limerick Going for Gold approaches 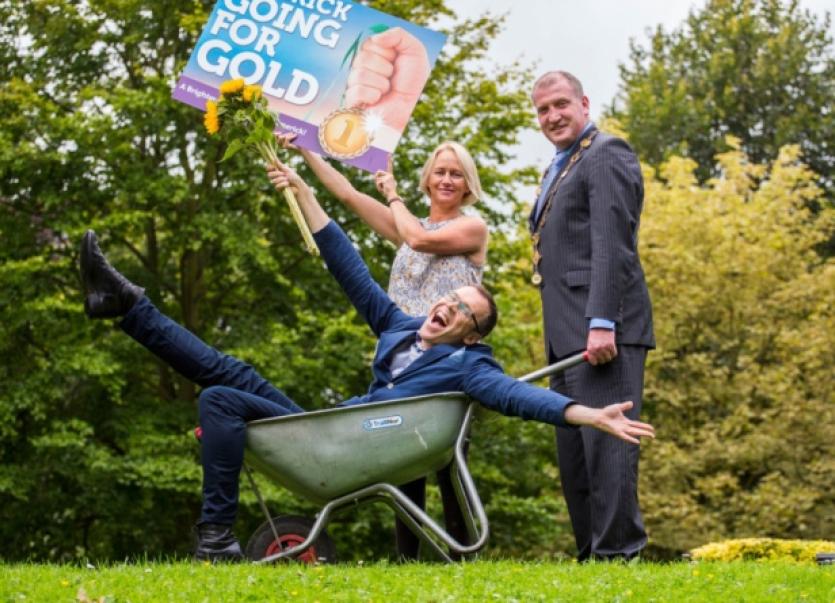 THE full list of finalists in this year’s Limerick Going for Gold community challenge will be known in the coming weeks.

THE full list of finalists in this year’s Limerick Going for Gold community challenge will be known in the coming weeks.

Six communities from across County Limerick have already qualified for the grand final following a series of public text votes which took place over the past six weeks.

The communities, who won each of the weekly text votes are Anglesboro, Broadford, Castleconnell, Kilfinane, Kilteely and Rathkeale.

A total of 36 communities across the city and county were shortlisted for the competition, which carries a top prize of €10,000.

A panel of local judges - Gerry Behan, David Hurley and Lorraine Power - have been visiting towns, villages and communities across Limerick in recent days and now face the task of selecting a number of wildcards for the grand final, which takes place next month.

Mr Behan, formerly of the county council says the competition has changed people’s attitude towards litter: “There has been an enormous change an absolutely enormous change and I suppose it struck me in the smaller settlements the tremendous colour and you could see the tremendous community participation - the absolutely fabulous window boxes and no litter to be seen.”

Funded by the JP McManus Charitable Foundation, this year’s Going for Gold initiative has been extended county-wide for the first time.

Sinead McDonnell, environmental awareness officer with Limerick City and County Council,says the competition between communities has been fierce.

“Communities are taking it super seriously, it’s unbelievable and it’s fantastic and it’s great for Limerick across the board really,” she said.

Meanwhile, Richard Lynch of ILoveLimerick.com has been confirmed as the host of this year’s grand final, which takes place at the Strand Hotel at the end of October.

A number of other awards will also be presented on the night.

These include the Limerick in Bloom category, which has been included in the Limerick Going for Gold campaign for the first time and Best Front Garden Competition, which is sponsored by the Parkway Shopping Centre.

There will be a number of special awards as well as awards in the Tidy Towns Incentive category, which is open to communities who have entered the national Tidy Towns competition.