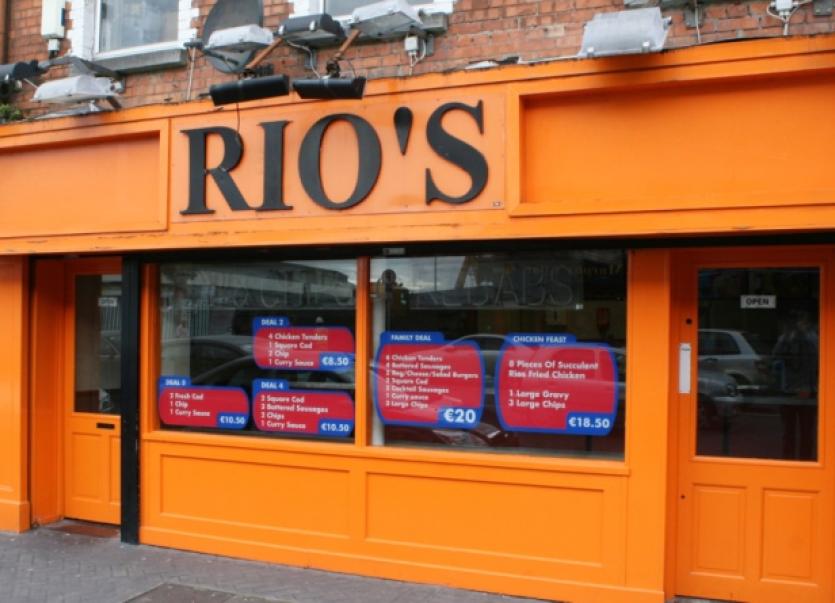 A FORMER cook at fast food restaurant in the city has been awarded €12,000 after an Employment Appeals Tribunal found she was unfairly dismissed by her former employer.

A FORMER cook at fast food restaurant in the city has been awarded €12,000 after an Employment Appeals Tribunal found she was unfairly dismissed by her former employer.

During four days of evidence earlier this year, the tribunal heard Patricia O’Dwyer began working at Rio’s in Castletroy in 2007.

The premises was owned and operated by the respondent, Dave Ryan (trading as Rio’s Takeaway), at the time.

Ms O’Dwyer’s duties included preparing and cooking food and cleaning. On occasions she also worked at the front end of the shop, serving customers.

The tribunal was told she had a good relationship with her employer and was trusted as a keyholder of the business and regularly opened the shop at 6am.

It was Ms O’Dwyer’s case that the relationship with her employer deteriorated during 2012 after a relative of hers, who also worked at the restaurant, made a complaint to the National Employment Rights Authority (NERA).

She said the management structure later changed and that her wages were cut as were her working hours.

She said a manager began to criticise her work and became very aggressive towards her.

Ms O’Dwyer said she was asked to return the key to premises and that she was bullied, harassed and felt undermined.

She attended her GP in July 2012 after suffering a panic attack while working and was certified as being unfit to work.

The tribunal heard after returning to work, Ms O’Dwyer aired her grievances but was ignored.

She attended her doctor again and she ultimately resigned in October 2012 for health reasons.

The respondent told the tribunal that Ms O’Dwyer had a significant autonomy in how and when she performed her duties.

However, the situation changed in 2011 as both revenue and sales fell. In addition, a second restaurant which was opened in the city centre “never took off”, the tribunal was told.

The tribunal heard this resulted in financial difficulties for the restaurant as efforts were made to keep the business viable.

Those efforts included readjusted hours for some staff together with reductions in their remuneration.

However, those changes were not imposed on the claimant as she was “the rock” on which the business was built on. The respondent rejected Ms O’Dwyer’s claims she was bullied and harrassed and a number of former colleagues gave evidence contradicting her claims.

However, finding in Ms O’Dwyer’s favour, the tribunal states there was a “total lack of effort” to alleviate her fears and feeling of isolation after she aired her grievances.

It said this resulted in her suffering anxiety and stress which it turn left her, she felt, with no alternative but to resign.

“The tribunal finds it, therefore, hard to understand if the respondent felt so highly of the claimant why they did not make any attempts to ask the claimant to return to work,” states the report, which was published this week,

Ms O’Dwyer was awarded €12,000 under the provisions of the Unfair Dismissals Act.