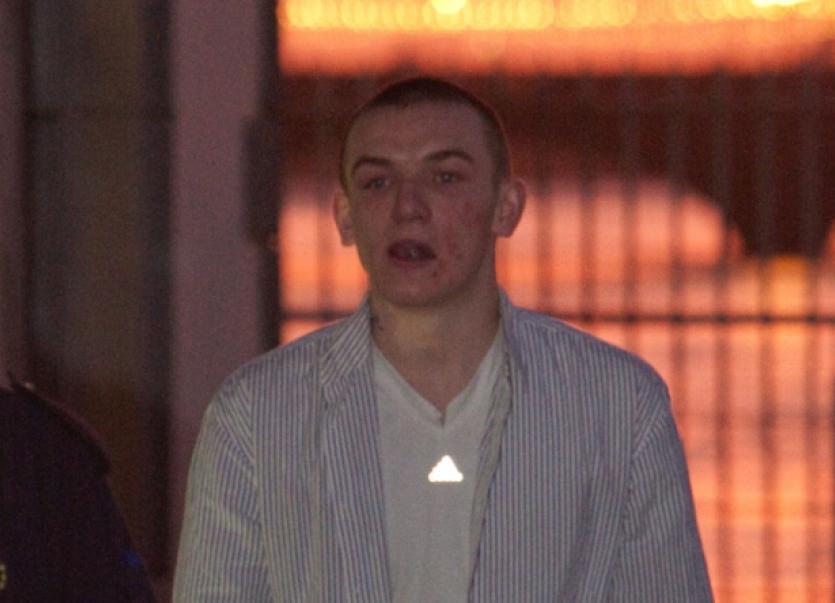 A SERIAL offender was sentenced to four years’ imprisonment for his role in a spate of robberies and thefts.

A SERIAL offender was sentenced to four years’ imprisonment for his role in a spate of robberies and thefts.

During a sentencing hearing, Detective Garda Ronan O’Reilly said the first incident happened at around 7.20pm on March 25, 2014 when a student was set upon and attacked near the Thomond Student Village by a group of men – including the defendant.

The second incident happened a number of hours later when another student was punched in the face as he left a shop at Old Cratloe Road.

Less than a month later, Cawley and a number of other men attacked a pizza-delivery man at Elton Court in Meelick.

The victim had stopped his car to ask for directions when Cawley struck him with a stick after threatening to “smash up” his car.

Later on the same night, the defendant entered a fast-food restaurant at Watch House Cross and demanded money from a member of staff.

After trying to open the till himself, Cawley, who has more than 70 previous convictions, stole two bags of coins, totalling around €30.

Brian McInerney BL said his client, who received a lengthy prison sentence in 2013, is “trying to turn his life around”.

He said his client has a “very bad addiction problem” and that he drinks large amounts of vodka.

He said Cawley has no trappings of wealth and that much of his offending has been in an effort to get money to fund his drinking.

While acknowledging that life has been a struggle for the defendant, the judge said his behaviour cannot be condoned in any way.

Judge O’Donnell declined to activate a suspended sentence which was imposed in 2013 for a separate offence.