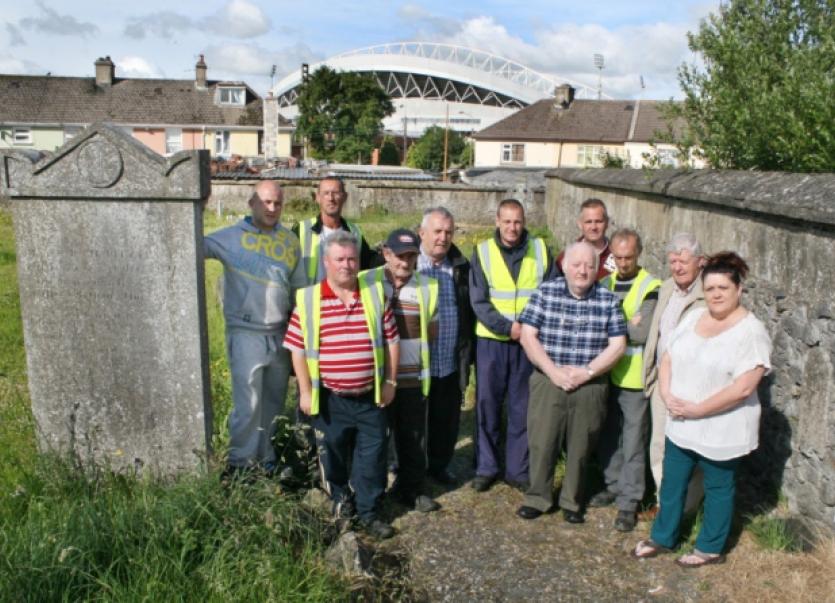 HEARTLESS thieves have broken into one of the city’s oldest graveyards, stealing €4,000 worth of equipment, forcing it to close and fall into disrepair.

HEARTLESS thieves have broken into one of the city’s oldest graveyards, stealing €4,000 worth of equipment, forcing it to close and fall into disrepair.

Gardai at Mayorstone are investigating the incident at St Leila’s graveyard, which saw thieves break into the locked cemetery and make off with a lawnmower, strimmer, and related health and safety equipment.

The manager of the St Munchin’s Community Centre Linda Ledger says the area is “heartbroken” by the theft.

Also known as the Kileely Old Graveyard, the cemetery near Thomond Park dates back to the 12th century.

The remains of renowned surgeon Sylvester O’Halloran rest there.

The St Munchin’s Community Centre will this Friday hold a ‘sleep-in’ to raise money to replace the equipment and get the cemetery back open again.

Linda said: “We closed the graveyard on a Friday and on the Monday, we went down, and saw the locks and chain had been cut off the gate. The container had been burst open, and they had taken our lawnmowers and strimmers, plus our health and safety equipment.”

The community centre took over the running of the graveyard some years ago, opening it each day between 9am and 1pm, and on request at weekends.

Linda noted that many visitors from America tracing their roots would request its opening.

“It is just a shame to see all the good work we have done go to waste. Now the graveyard has become a hotspot for anti-social behaviour,” she added.

Linda believes the stolen equipment - which has an estimated price tag of €3,800 - was sold locally.

“It is sad to say that more than likely, it was probably people in the area who robbed the stuff and sold it on really cheap. But worse again is the person who bought it off of them,” she said.

“Considering the hard work that went into this graveyard, of clearing the rocks out, making the path clear so a lawnmower could go through it, and watching the elderly visit, it is just heartbreaking to see it like this now.”

He said: “It is really sad to see. We used to be able to open it, but now we cannot, as it is not safe. You can hardly see the graves now.”

Linda is not confident at securing financial support from City and County Council, saying: “The only grants you can get now if it you enter the Going for Gold or Tidy Towns competitions. It is not fair for us to enter these, as there is no guarantee we would get funds.”

A group of visitors from America are expected to come to the Kileely graveyard in the next fortnight, and Linda said: “It is going to be embarrassing to show them this.”

If you have any information on the theft, contact Mayorstone Garda Station at 061-456980.

To support the Sleep Out, telephone St Munchin’s Community Centre at 061-458651.