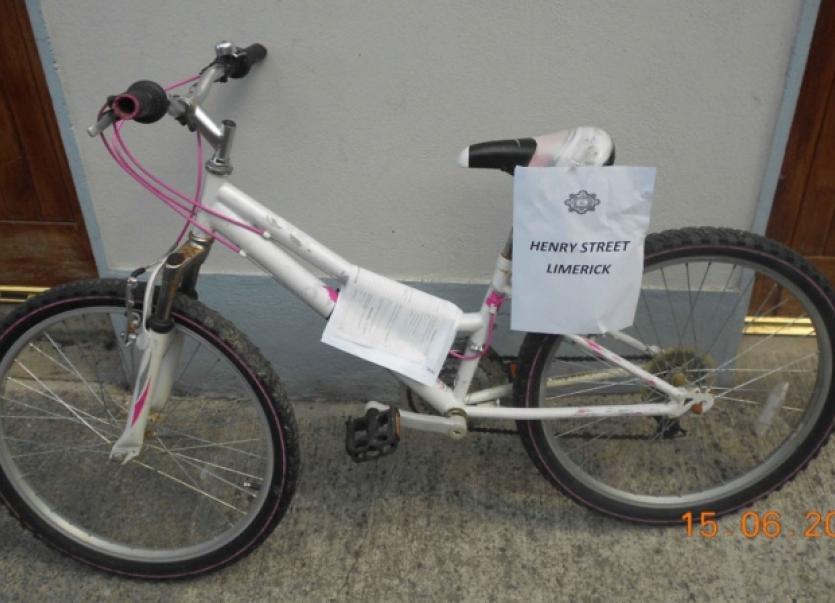 THE Limerick Leader newspaper and its staff are more accustomed to writing about crime suspects, than apprehending them.

THE Limerick Leader newspaper and its staff are more accustomed to writing about crime suspects, than apprehending them.

But more than two weeks on, after a staff member intercepted the theft of a bicycle in the Leader lane-way, it has yet to be claimed by its owner.

Advertising executive Ian Coveney was walking out the offices bordering onto Glentworth Street when he saw two males attempting to remove a locked bicycle from a drainpipe.

The youths quickly scarpered and the silver Raleigh bicycle was easily pulled from the drainpipe by staff, who are keeping it in our offices at 54 O’Connell Street to return it to its rightful owner.

The owner can bring the key to the bicycle lock with them to the offices to show proof of ownership.

One week after this newspaper reported on the rising level of thefts of bicycles in the city and those consequently seized by gardai, the number has now risen to over 80 bikes. Gardai at Henry Street station in the city are appealing to anyone who may have had a bike stolen to contact them, or to view the images of stolen bikes across the country on the photograph sharing site Flickr. That account now has images of some 560 bikes, 83 of which are in Limerick - nearly 15%.

Sergeant Michaela Moloney, Henry Street, said they have had a great response to their appeal, and urged people to call the station for details to arrange a viewing if their bike has been stolen.

She also urged bicycle owners to take a picture of their bikes or write down its unique ID number in case of a theft, and to help with identifying it in due course.

“We have had a lot of people calling us in the past week, and have returned about five bikes to people, which is brilliant. Bike thefts do rise in the summer months, and we’d urge people to first call us with the description of the bike to see if we have it in the station,” she advised. Call 061 212400.

To view images of the bikes in Henry Street see: https://www.flickr.com/photos/gardasiochana