Dogs to be banned from Limerick graveyards 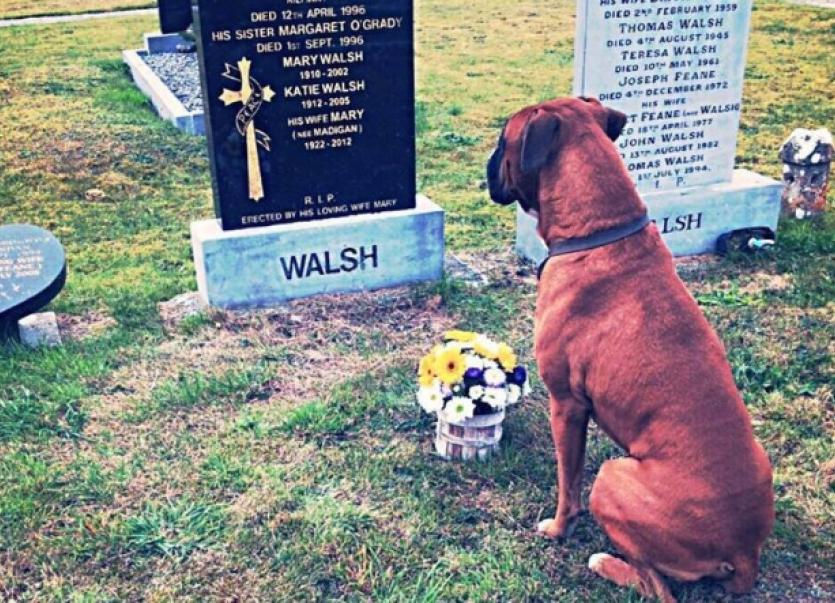 dogs will no longer be allowed in Limerick’s graveyards under new bye-laws proposed by the council.

dogs will no longer be allowed in Limerick’s graveyards under new bye-laws proposed by the council.

The newly published draft bye-laws for cemeteries also include provision for a number of larger sized graves and monumental headstones.

He said the reason for these larger graves – known as Annual Maintenance Plots –was to accommodate families who want to erect larger than usual headstones for their deceased relatives.

Mr Lehane said the reason for banning dogs from graveyards was to prevent dog fouling which presented a “grave risk” to people’s health. “We will rely on people to observe that, but it does give us strong powers under the dogs act to seize dogs which are loose in graveyards,” he said.

When the bye-laws come into effect, the only dogs allowed in cemeteries will be guide dogs accompanying people with visual impairment.

In response to a query from SPC member Elena Secas, Mr Lehane pointed out that 80% of the county’s approximately 250 graveyards were in council ownership.

Sinn Fein’s Ciara McMahon proposed that graves be placed “back-to-back” rather than facing each other to allow for more space.

Fine Gael’s John Sheehan questioned why some graveyards in the county were not being maintained well enough, pointing out that in one cemetery he was familiar with, hay could be made such was the length of the grass. And he questioned why the council did not get local people to cut the grass, claiming that a person from Portlaoise had the contract last year.

Independent coun-cillor Brigid Teefy praised all the voluntary groups around the county who carry out maintenance works on their local cemeteries.