Robbie McNamara’s dad: ‘I knew straight away it was bad’ 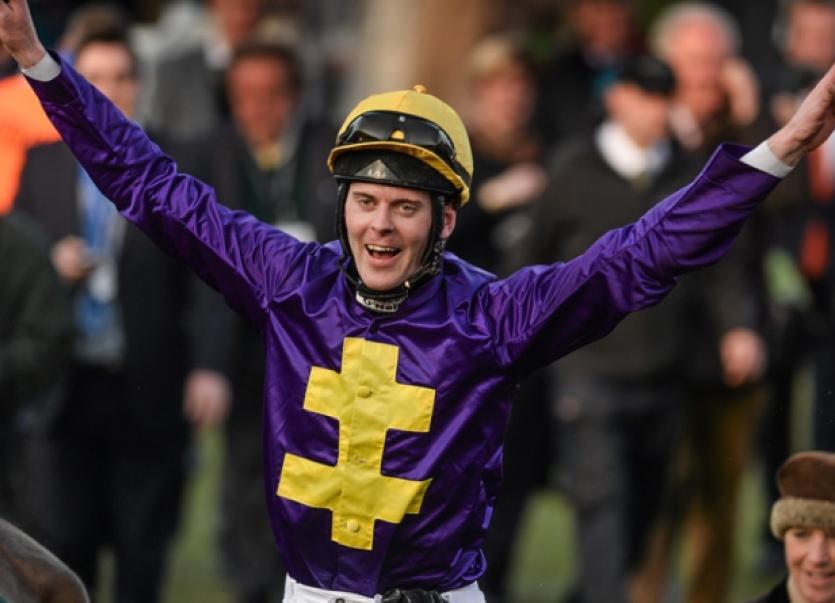 The father of Robbie McNamara, the Limerick jockey who received serious spinal injuries in a fall in Wexford last Friday, has thanked everyone who sent messages of support in recent days.

The father of Robbie McNamara, the Limerick jockey who received serious spinal injuries in a fall in Wexford last Friday, has thanked everyone who sent messages of support in recent days.

Andrew McNamara was at home watching the race on television when the incident happened. The experienced trainer knew immediately that something was seriously wrong and set out for Wexford without delay.

“I was watching the race on TV and I knew straight away it was a bad fall,” he said.

It subsequently emerged that Robbie had suffered eight broken ribs and a punctured lung, as well as a fractured vertebrae and spinal injuries after his mount, Bursledon, fell at the fourth last jump in the Cahore Point Handicap Hurdle at Wexford racecourse.

The 26-year-old jockey was rushed to Wexford General Hospital where he was treated for internal bleeding and other injuries. From there, he was transferred to the Mater hospital in Dublin where an operation was carried out to remove a swelling that was pressing on his spine.

Andrew told the Limerick Leader that the medical team are “guardedly optimistic” about the outcome but acknowledged that Robbie had a long road of recovery ahead.

“It’s not a patch on JT’s case, but that’s not a great consolation at the same time,” he said.

Robbie’s cousin JT McNamara suffered serious spinal injuries in a fall at the Cheltenham festival in 2013.

Andrew added, however, that Robbie remained in “good spirits”.

“He’s is spending his time tweeting and texting his friends.”

Following the operation on Saturday, the 26-year-old jockey tweeted a picture of himself giving the thumbs up from his hospital bed with the message: “Ribs and spine very stiff and sore but Op went well. Plenty of work ahead”.

Andrew and Robbie’s mum Kathleen have spent the week in Dublin to be close to their son as he begins the process of recovery. The Croom jockey is expected to remain in hospital “for some time to come”.

In the days following the accident, Robbie and his family have been receiving messages of support from friends and racing fans all over the world.

“People have been very generous in their support,” commented Andrew.

Following the operation on Saturday, well-known trainer Jim Culloty said: “My prayers are with him”.

Champion jockey Tony McCoy has also wished him well. “Pretty much since I heard that Robbie McNamara had a bad fall at Wexford the other day, it’s pretty much all I can think about because he’s a lad I’ve played golf with a lot, a lad I’ve been on holidays with a lot. It reminds you of the dangers and I hope and pray he’s okay,” he said.

Last month, the jockey was honoured at the Limerick Person of the Year awards for his achievement in riding two winners at last year’s Cheltenham Festival.

Horse racing is in the blood for the McNamara family. Robbie’s brother, Andrew Jnr, is also a well-known jockey, while dad Andrew is a successful trainer.