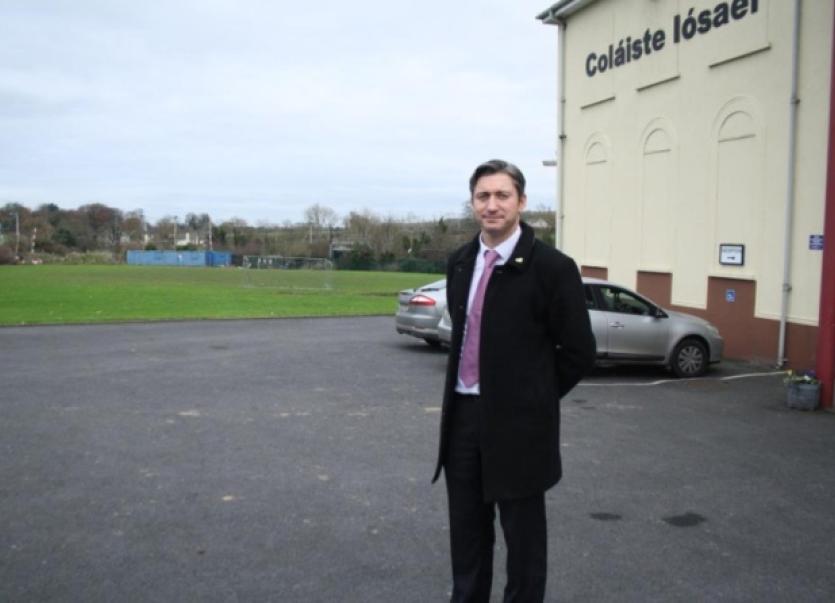 A COUNTY Limerick principal who is afraid of heights will abseil from the top of Croke Park to highlight the lack of mental health support for young people.

A COUNTY Limerick principal who is afraid of heights will abseil from the top of Croke Park to highlight the lack of mental health support for young people.

When Sean first heard about Headstrong he emailed for more information and they replied saying they were always looking for people interested in getting involved.

“I said if they ever wanted something I would be happy to help out. They came back to me with this idea afterwards!” said Sean.

“I went up to the top of the Eiffel Tower with students recently but I didn’t leave my back away from the wall – put it that way. I didn’t step out to look. The kids got a real kick out of it,” said Sean. But he is undaunted about highlighting the current situation locally.

“Students are presenting with more issues than ever before and because of the cuts in guidance and counselling hours schools are struggling to cope and are simply trying their best to help.

“Many teachers, without any training, are the real heroes, trying to help students and often taking issues home where they spend many hours worrying about them. Even where referrals are made to the HSE and CAMHS, what response there is can be slow and sadly lacking as these services are stretched so much. Ask any school principal and I believe they will say that the counselling cuts have been the cruellest cuts of all and we will possibly be paying for them long into the future.

“We set up a new Department for Children but I haven’t seen much else change,” said Sean. He thinks Headstrong’s Jigsaw project – a drop-in centre for young people to talk to someone about their problems – is a great idea. Yet, there is none in Limerick or Cork. Sean hopes that by him speaking and abseiling it will be picked up on and get the ball rolling on a Jigsaw centre in Limerick.

“If my standing on top of the Hogan Stand and facing one of my fears means that even one young person will open up and talk to someone, or recognise that if things are hard it’s OK to admit that rather than they do something worse, then my shaking will have been well worthwhile,” said Sean, who thinks it may be tougher being a teenager now than ever before.

“That may seem strange to the older generation who often look at the current one as having everything but in my experience this generation isn’t as prepared, as mentally resilient as those 15 or 20 years ago.

“In addition, there is no ‘off-time’ from the many challenges they face. If you consider being a teenager means dealing with self-image, anxiety, relationships, bullying, alcohol and drugs just to name a few because they live so much of their time on-line they are never really away from these issues. In previous generations, issues that happened in school or home stayed there and didn’t follow them around.

“Parents and schools are struggling to deal with this on-line element. But that’s the world they live in and we need to take a leaf out of the Headstrong approach and teach them that stress and pressure and worry is part of life, of growing up. That everyone goes through ups and downs in our relationships, in school life or the work place and it’s about talking to someone and finding a way to deal with it.”