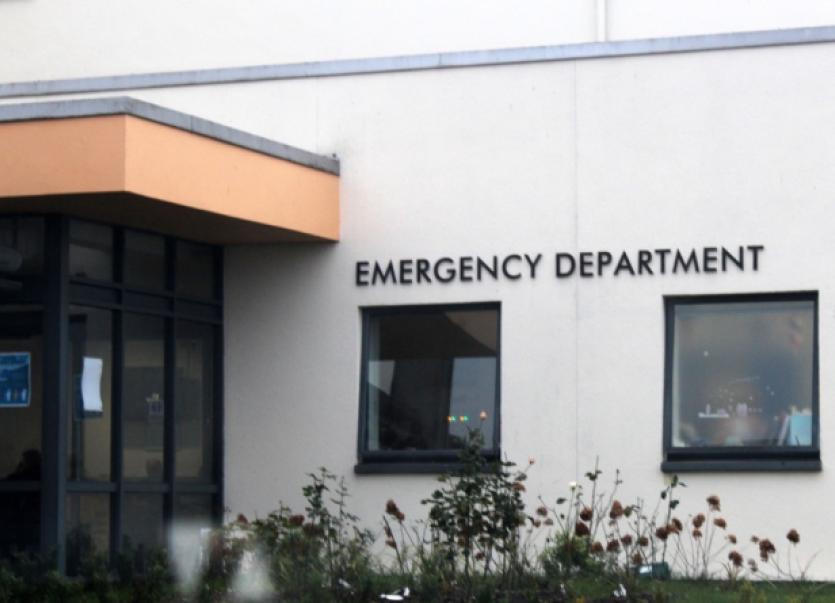 OVER 50 patients were waiting for a bed in the University Hospital Limerick today, the highest level of over-crowding for any hospital in the country and one of the highest rates seen in the hospital for some time.

OVER 50 patients were waiting for a bed in the University Hospital Limerick today, the highest level of over-crowding for any hospital in the country and one of the highest rates seen in the hospital for some time.

The figures, released daily by the Irish Nurses and Midwives Organisation, show that 54 patients were waiting for a bed, including 39 on trolleys and 15 in the wards.

“All available beds are open across the group and where possible patients are being transferred from UHL to Ennis, Nenagh and St John’s for ongoing treatment.

“Ward rounds are taking place to discharge patients who have completed their care and we continue to work with our colleagues in the community to focus on reducing the number of delayed discharges.

“These actions have resulted in a significant reduction in patients waiting in the emergency department today, however numbers still remain above what we would like. The UL Hospital Group will continue to keep the situation under review with a view to reducing the number of patients waiting in the emergency department further.”

The UL Hospital Group offered an apology to any patient had to be wait to be admitted. Patients are reminded to keep the emergency department for emergencies only and to contact their GP or GP Out of Hours services in the first instance.

Local Injury Units are open in Ennis and Nenagh Hospitals from 8am to 8pm, Monday to Sunday and 8am to 6pm Monday to Friday at St. John’s Hospital. Patients aged 5 years plus with minor injuries; for example suspected broken bones in arm or lower leg, sprains, strains, minor scalds, burns or cuts are encouraged to visit their Local Injury Units for treatment.

Meanwhile, the HSE has said that the number of reported cases of influenza-like illness in Limerick and across the country has increased in recent weeks.

Influenza-like illness rates rose from 15.5 per 100,000 to over 30 per 100,000 population in the second week of January and remain above the threshold, which indicates that flu is actively circulating in the community.

In the Mid West, including Clare, Limerick and North Tipperary, the rate has been over 50 per 100,000 population since the first week in January.

Influenza-like illness rates give an indication of the overall level of influenza activity in Ireland and are reported by selected GPs as part of a surveillance system jointly run by the Irish College of General Practitioners, the National Virus Reference laboratory and the Health Protection Surveillance Centre.

Influenza is expected to increase over the coming weeks and circulate for at least the next six to eight weeks.

While the flu is circulating in the community it is advised that the public should only visit patients in hospital where it is absolutely necessary and to confine visits to one person per patient.

Visitors should adhere to all infection control measures in place within the hospital. People who have respiratory or flu like symptoms should not visit patients in the hospital.

Anyone who gets the flu is advised to stay at home, rest, drink plenty of fluids and use over-the-counter remedies like paracetamol to ease symptoms.

Advice, tips, information and videos on getting over flu and other common illnesses are available at a new HSE website, www.undertheweather.ie.