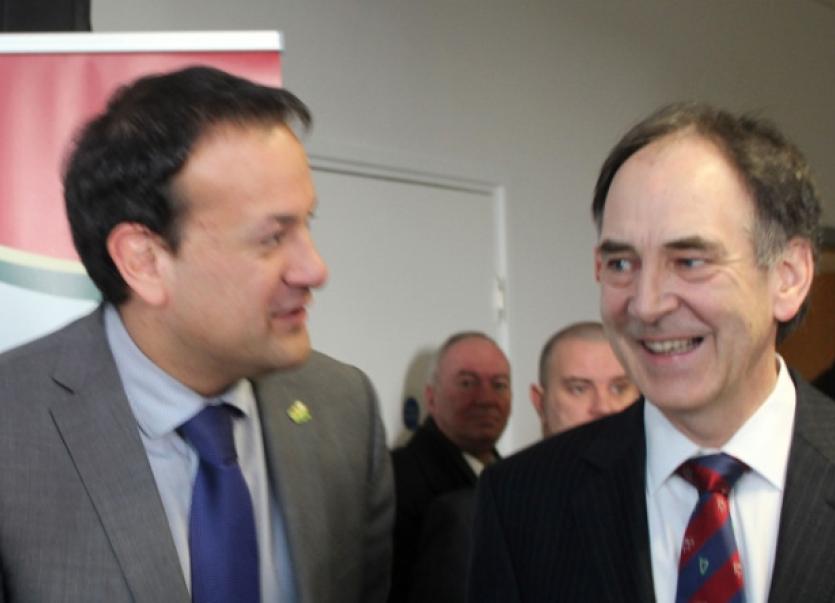 THE consultant surgeon who took the lead in reorganising acute hospital services in the Mid-West has challenged government to come up with the resources to allow frontline staff do their jobs.

THE consultant surgeon who took the lead in reorganising acute hospital services in the Mid-West has challenged government to come up with the resources to allow frontline staff do their jobs.

Speaking at the opening of the critical care block at University Hospital Limerick - and to an audience that included Finance Minister Michael Noonan and Health Minister Leo Varadkar - Paul Burke said clinicians and nurses had found the last six years of austerity “very, very tough” as they struggled to implement government reforms against a background of budget cuts and recruitment embargos.

When political and local opposition to the downgrading of hospital services in Ennis and Nenagh was at its most fierce, Mr Burke had been one of the senior doctors to put himself in the firing line by advocating that reconfiguration of acute and emergency services was in the interests of every patient across the region.

Teamwork consultants report for the HSE in 2008 had highlighted risks in trauma, acute surgery and high dependency patients being treated in smaller hospitals in the region. And following a critical report by HIQA on the emergency department in Ennis, Mr Burke was among those asked by then Minister Mary Harney to come up with a plan for reorganising hospital care for the sickest patients in the region.

“We identified that if acute surgery was to be centralised and the care of the sickest patients was to be optimised, five prerequisites had to be put in place. There had to a dedicated emergency theatre available 24-7. Pre-hospital ambulance services had to be upgraded to get patients to hospital more quickly and reassure people living in remote areas that they would have quick access. There had to be greater access to diagnostics in the acute setting. New services had to be developed in these smaller hospitals. And finally, ICU, high dependency and coronary care had to be centralised,” Mr Burke said.

He was happy to say that progress had been made on all of these fronts but said more resources were needed.

“The economic climate made it very difficult for the project board to sell the ideas of change in the absence of significant financial input and the constant difficulty of employment embargos. And I would at this point like to acknowledge all those who worked tirelessly to support the changes that came about,” Mr Burke said.

“The austerity of the last six years has put huge pressure on everyone involved in centralising acute services, with the emergency department undoubtedly feeling the brunt of the change.

“When we reconfigured Ennis and Nenagh, 48 whole-time equivalent staff who retired were not replaced in the region along with €8 million immediately taken out of our budgets. While acute surgery services are undoubtedly better and regional emergency department services are safer, the inability to fund increased bed capacity here in Limerick has contributed to more overcrowding in our emergency department, which in itself is not fit for purpose and makes it very difficult to treat patients with the privacy and dignity they deserve. It is imperative therefore that the new emergency department is opened as soon as possible for the sake of patients and staff working in this very overcrowded environment.

“While a lot has been achieved, more certainly needs to be done. This building (the critical care block) certainly sends out a message to everybody University Hospital Limerick is open for business and the UL Hospital network is working hard.

“But in order for us all to do it right, in order for us to the do it the way Teamwork suggested we do it, the way the HSE wanted us to do it, this process of change has to be resourced properly because the frontline staff who have worked through this period of huge change over the last number of years have found it very, very tough. Support is needed,” Mr Burke told the ministers.