Hundreds sign up to walk and run for 26 Limerick heroes 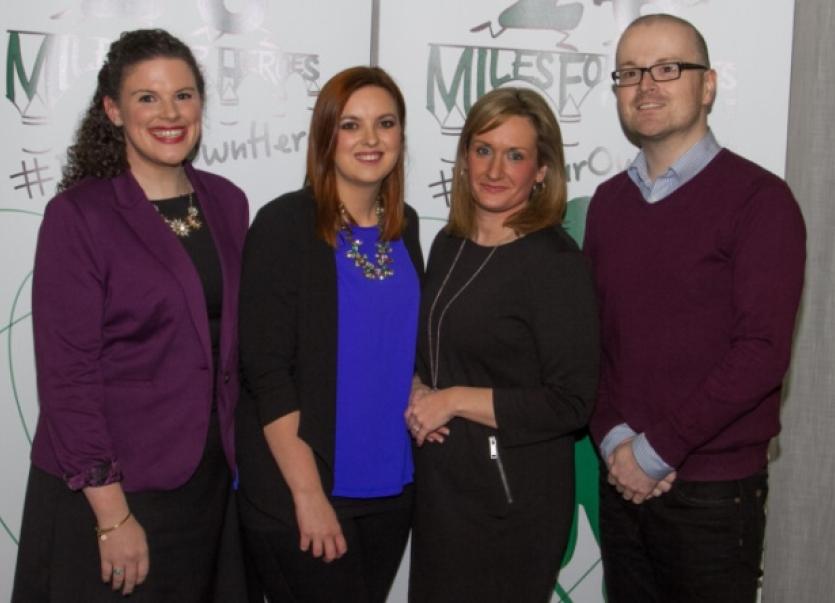 HUNDREDS of walkers and runners are now signing up to be part of a race in honour of “26 Limerick heroes”.

HUNDREDS of walkers and runners are now signing up to be part of a race in honour of “26 Limerick heroes”.

Denyse O’Brien, a Cork native living in Limerick, originally had the idea to sign up 26 runners to run a marathon each, or 26 miles, during the Barrington’s Hospital Great Limerick Run.

However, her idea had more legs than she imagined, and hundreds of people now want to get involved with their nominated charities and causes.

“As well as the 26 marathon runners, we have four marathon relay teams and countless people doing the 10km. Having not been able to decide which charity to run for, we decided to dedicate one mile to one great Limerick hero,” Denyse explained.

The tagline of the campaign is #BeYourOwnHero. Speaking of the reasons behind this particular slogan, Denyse said “When you look at everybody around you and the work that they’re doing and what they’re achieving, why can’t you be the same, why can’t you be your own hero?”

At the launch of the event, she said: “To have seen 26 heroes together tonight in one room, coming as strangers and yet leaving as friends – left me speechless.

“Tragedy and the harsh reality of life forces and encourages so many people to aspire and achieve. Perhaps without hard times we would be less inspired. But we live in an imperfect world. That is why we all need to try and be our own hero,” she said.

Among those taking part will be Brian Hogan, a Limerickman who suffered severe brain damage and was left blind and partially paralysed after an unprovoked attack in Nottingham.

He will be participating in the marathon for Headway, an organisation that brings positive change in the lives of those affected by an acquired brain injury. For the whole 26 miles, he will be pushed in a wheelchair by staff of Headway, as well as family and friends.

Each mile they undertake – now running to hundreds, on Sunday, May 3 – will be dedicated to a charity, or a person who has inspired others. Mile 26 is dedicated to Brian Hogan, and Fionnbar Walsh will be Mile 16, the Limerickman who set up the Donal Walsh Foundation in memory of his son Donal, who passed away aged 16 from cancer and who inspired the nation with his positive attitude to life inspite of the fate he had been dealt.

Mile 12 is for the Zondra Meaney Treatment Fund, and it was set up so Zondra could access the treatment and medical care she so desperately needs. The young Limerick mother has a disabling disease called Ehlers Danlos Syndrome, a genetic connective tissue disorder.

The Limerick Leader, ILoveLimerick, Live 95FM, Barrington’s Hospital Great Limerick Run, Elive Web Company and the Limerick Strand Hotel are came on board as the official sponsors of the 26 Miles for 26 Heroes campaign.

Limerick footballer John Galvin, who recently retired, was honoured at the launch, after spending 15 years with the county team. A target for fundraising has not yet been established, as they are inundated with queries about getting involved.

There are just 12 weeks to go to the Barrington’s Hospital Great Limerick Run on Sunday, May 3. More than 2,000 people have now signed up for the series of races, including the 10km, half marathon, relay marathon, marathon, and the kids run will be on Saturday, May 2. To sign up see facebook.com/26Miles26Heroes.