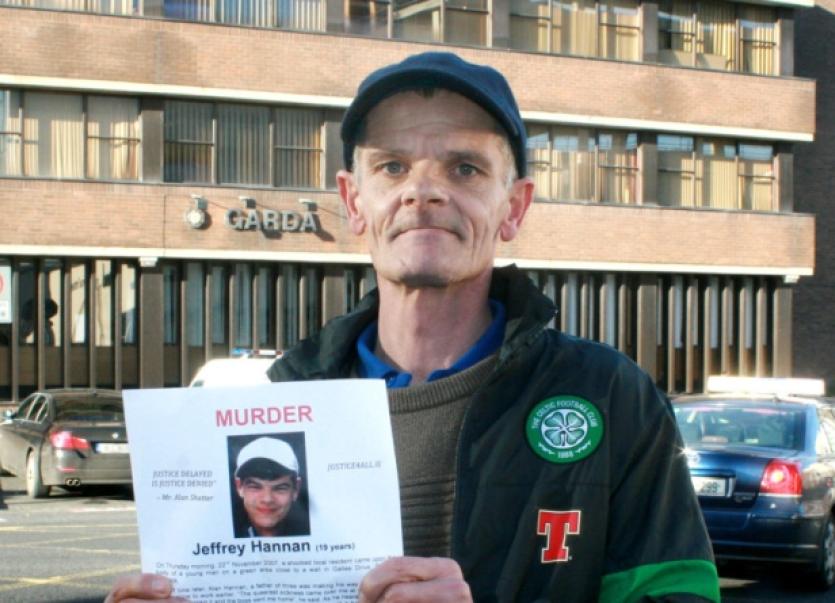 THE devastated father of murder victim, Jeffrey Hannan, has issued an emotional appeal for information following the seventh anniversary of his death.

THE devastated father of murder victim, Jeffrey Hannan, has issued an emotional appeal for information following the seventh anniversary of his death.

Jeffrey Hannan, who was aged 19, died after he was attacked near his home in O’Malley Park Southill during the early hours of November 22, 2007.

He died from severe injuries after he was struck a number of times during a row with a group of young men.

Post mortem results suggested he was struck across the head with a weapon of some sort - possible an axe.

While a number of people have been arrested and questioned by gardai about the murder, nobody has ever been charged in connection with the killing.

Jeffrey’s father, Alan Hannan, says he believes there are people who have information about what happened to his son.

He says he knows who killed his son and has personally contacted the previous Minister for Justice, Alan Shatter, seeking an explanation as to why nobody has prosecuted in relation to his death. He has also requested a meeting with Minister Frances Fitzgerald.

“Jeffrey was innocent. He never did anything wrong to anyone. Everyone loved him,” he said adding that if those responsible for his son’s death are not brought to justice somebody else could suffer the same fate.

“If the six people who were involved in his death are not handed up, this could happen to someone else’s kids around Southill or anybody else in Limerick,” said Alan, who said Christmas is a particularly difficult time for his family and Jeffrey’s daughter, Nikita, who is aged eight.

“She’s starting to ask questions, she knows what happened but it’s really starting to hit her now,” he said.

A spokesperson for Roxboro Road garda station says the investigation into Jeffrey Hannan’s death remains open and that any new information which is received will be investigated fully.