JP McManus honours eight of the best from CBS in Limerick 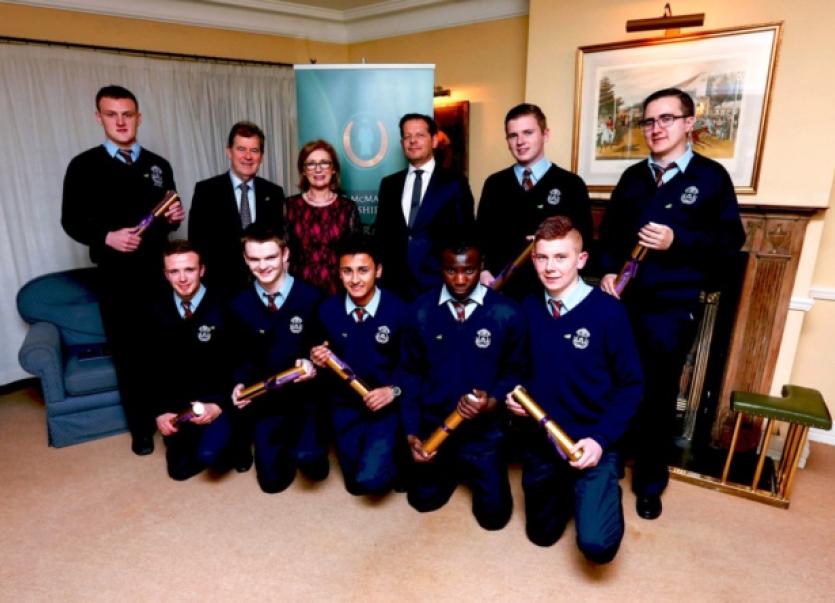 Each of them will receive €6,750 a year through the scholarship scheme for the duration of their third ­level studies.

Since the JP McManus Scholarship Awards were established in 1996, 145 students from CBS Sexton Street have received scholarships at a total cost of more than €2.5m.

One hundred and three scholarship recipients have graduated to date with many now working around the globe.

The scholarship scheme, which currently costs around €190,000 a year, is administered by four trustees - ­Gerry Boland, Noel Earlie, Eddie Fallon and Pat Hartigan -­ on behalf of JP McManus, who is himself a past pupil of CBS Sexton Street.

This year’s scholarships were presented by the Minister for Education and Skills, Jan O’Sullivan.

“I would like to acknowledge the dedication and sacrifice of the scholarship recipients,” she said.

“You have worked extremely hard to win your awards and I hope it makes the start of a very successful and enjoyable college experience for you all,” she added.

The guest of honour at the awards ceremony was John Moran - the former secretary general of the Department of Finance, who is from Mungret.

The Cathaoirleach of Limerick City and County Council, Cllr Kevin Sheahan also attended the event as did the Mayor of Limerick, Cllr Michael Sheahan.