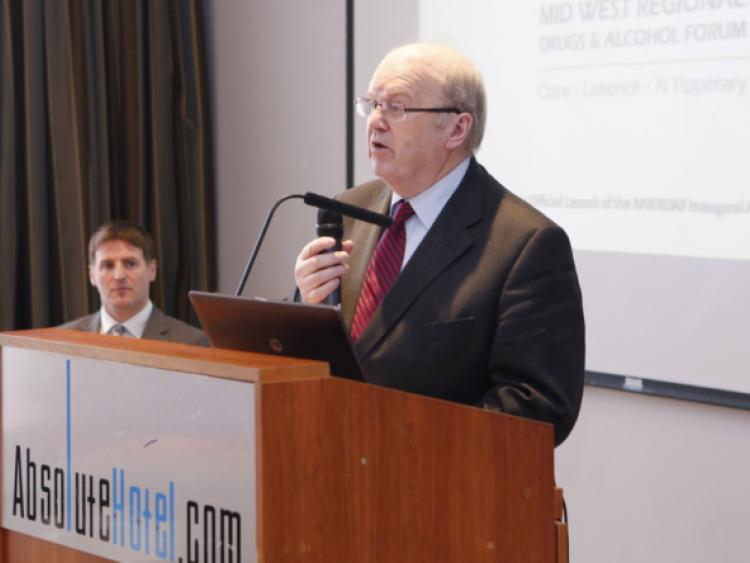 REGARDLESS of when the next general election is held, Fine Gael stalwart and Minister for Finance Michael Noonan has confirmed he will run again.

REGARDLESS of when the next general election is held, Fine Gael stalwart and Minister for Finance Michael Noonan has confirmed he will run again.

The two largest opposition parties expect a general election to take place much earlier than the Government’s declared date of Easter 2016.

Senior figures in Fianna Fáil and Sinn Féin have separately said they are now effectively on an election footing and are preparing for an election sometime in 2015, possibly shortly after next October’s budget.

And Minister Noonan confirmed to this newspaper that he intends to run again, making him one of the oldest - and some sources said “wisest” - candidates to seek election at a vintage of nearly 73, if it’s held in 2016.

Support for Fine Gael has fallen to 22 per cent, a decline of four percentage points, according to a new opinion poll by Red C.

However, the poll, commissioned by The Sunday Business Post, was carried out before the new version of the water charges regime was announced by the Government on Wednesday last.

“I don’t think the drop in the polls is unexpected. It’d be a surprise if they didn’t drop,” said Noonan this week, “after the month or so the Government has had with the public protests over the water charges, but the economy is going very well.

“I think people are sick of politics at this stage and are moving towards Christmas now, and want to be left alone. It’s up to the Government then (after Christmas) to build it back up again, because there’s an awful lot of positive economic news, with jobs being created and foreign direct investment coming in.”

Asked if the Government had done enough to appease those opposed to the water charges he said: “There’s going to be a significant minority that no matter what the solution is they’re going to object in principle and continue to protest.

“This is my third function today and there hasn’t been a protest,” he added, speaking in the South Court Hotel in Limerick on Monday evening, where he launched the Blood Bike Mid-West service.

“There will probably be good news for Limerick before too long, hopefully this side of Christmas,” he added.