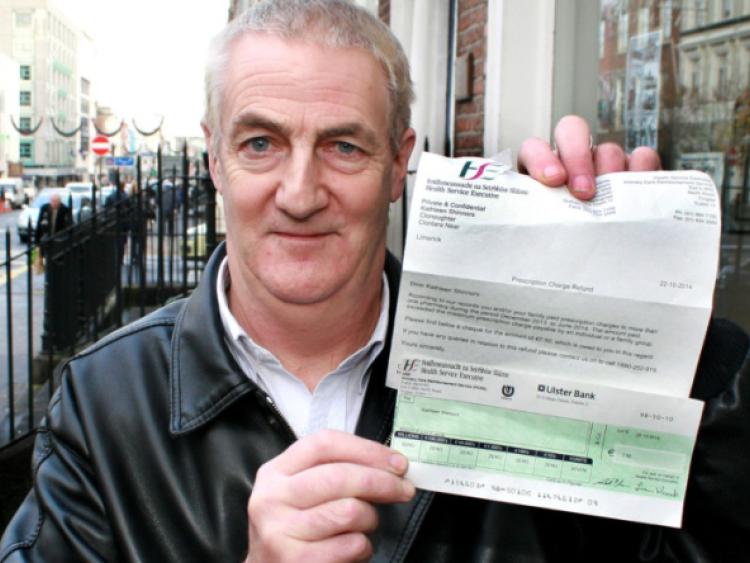 THE HSE sent a prescriptions charge refund from 2013/2014 to a woman who has been dead for 21 years.

THE HSE sent a prescriptions charge refund from 2013/2014 to a woman who has been dead for 21 years.

Her son Noel Shinnors, who now lives in the house, got a shock when he saw the letter because the name and address is written “Kathleen Shinnors, Clonoughter, Clonlara Near Limerick”.

“Even though it is County Clare my mother would always write “Clonlara, near Limerick” because in the old days the post would come quicker if you did that. The rest of us write County Clare,” said Noel.

Inside the letter, dated October 22, was a cheque for €7.50 and documentation detailing a prescription charge refund.

Noel said it was “disturbing and upsetting” as it arrived a couple of weeks before his mother’s anniversary on November 6. His sister Marian passed away on November 4 of this year while his brother John also died in the same month four years ago.

“It brought back a lot of memories. My mother was a great woman. There were six of

us in the family. She was a cook for the Dominicans for years,” said Noel.

He was very concerned about identity theft so rang the lo call number for “any queries”.

I told her about my mother’s refund and she asked, “Did she have a medical card?”

“I said ‘she did, my mother has been dead for 21 years’. She was stunned. She asked my mother’s name and address but she couldn’t find anything at all on the computer. She said ‘it must be a mistake’.

“But if that is the case where did they get my mother’s name and old address from?” asked Noel, a well known animal welfare inspector.

Coincidentally Noel’s former wife is called Kathleen so he rang her even though she had never lived in the cottage. He moved in there in 2010.

But Noel says she doesn’t even have a medical card and that isn’t her address so she couldn’t understand it either.

Noel asks if his mother got a refund how many other dead men and women are getting cheques in the post from the HSE?

“It is not good enough. I could easily have got my former wife to cash that but that is fraud. I would like to give it to Limerick Animal Welfare but I’m not sure if I can cash it,” said Noel.

A spokesperson said: “The HSE apologises for this unfortunate error in relation to a refund drug prescription cost. The family card is obviously still active and therefore the refund in question is properly due.

“However, it is deeply regretted that our records were not updated and are contacting the family directly in relation to this matter.”