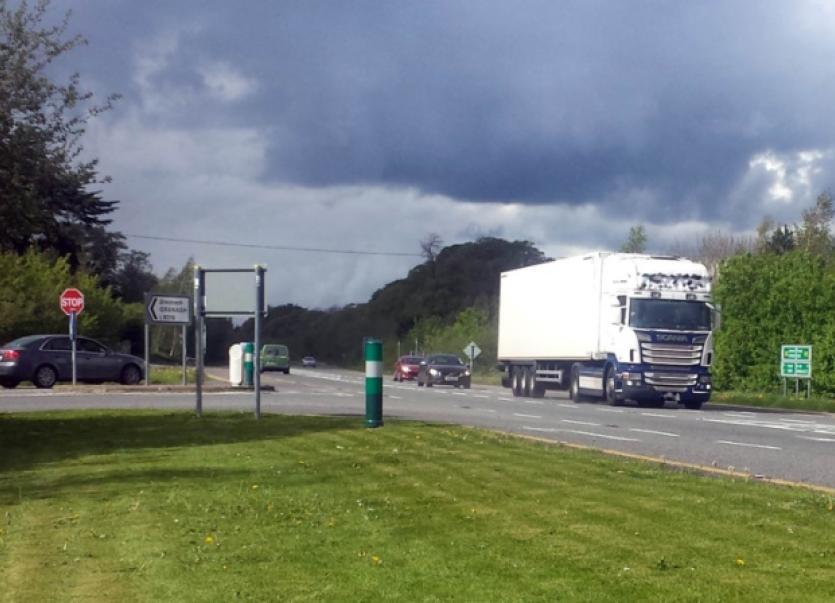 A local councillor is threatening to take legal action against the National Roads Authority if it does not put safety measures in place on a stretch of the main Limerick to Cork road between Croom and Banogue.

A local councillor is threatening to take legal action against the National Roads Authority if it does not put safety measures in place on a stretch of the main Limerick to Cork road between Croom and Banogue.

This follows the death last week of 82-year-old Josie Kennedy as she was attempting the cross the road at Banogue Cross.

“Another life has been lost on this stretch of road yet the NRA refuse to carry out the suggested and necessary measures to make the road safer for the residents of Croom and Banogue and the surrounding areas,” said Cllr Richard O’Donoghue

And he claimed there have been a number of minor accidents on the same stretch of the N20 from Anhid Cross to Banogue Cross since that accident, including one in which a car was rear-ended as it slowed down entering Banogue village.

“I was a witness to a near-miss myself this week while travelling the N20 from Croom to Charleville.

“I had to drive into the grass margin to avoid an oncoming vehicle that was overtaking at Anhid Cross where the road markings are totally inadequate,” he added.

The Fianna Fail councillor said he was “outraged” at the response of the NRA to his calls for safety measures to be put in place on this stretch of road.

Last month, he wrote to the authority outlining the need for improved lighting and road markings at Anhid Cross - a section of road he described as a “death trap”.

However, in its response, the NRA pointed out that the collision rate in the area was “twice below the expected”.

It pointed out that there had been only one recorded collision at this location in the last six years.

But this week Cllr O’Donoghue claimed that the stretch of road from Croom to Rourke’s Cross simply is not “fit for purpose”.

“Since 1984, the NRA has stopped any work on that stretch of road because they were going to re-route it,” he said.

“In the last two years, the amount of traffic has gone back to the Celtic Tiger times,” he added.

He also pointed out that there was no street lighting in Banogue village, something he claimed was a factor in last week’s fatal accident.

The issue was raised at this week’s meeting of Limerick City and County Council where it was agreed that a submission would be made to the NRA calling for safety works on this stretch of road.

However, Cllr O’Donoghue said he would take further action if the NRA continued to ignore their pleas.

“My next step will be to try and take legal action against the NRA and that is the way it will have to go if they continue to ignore this,” he said.