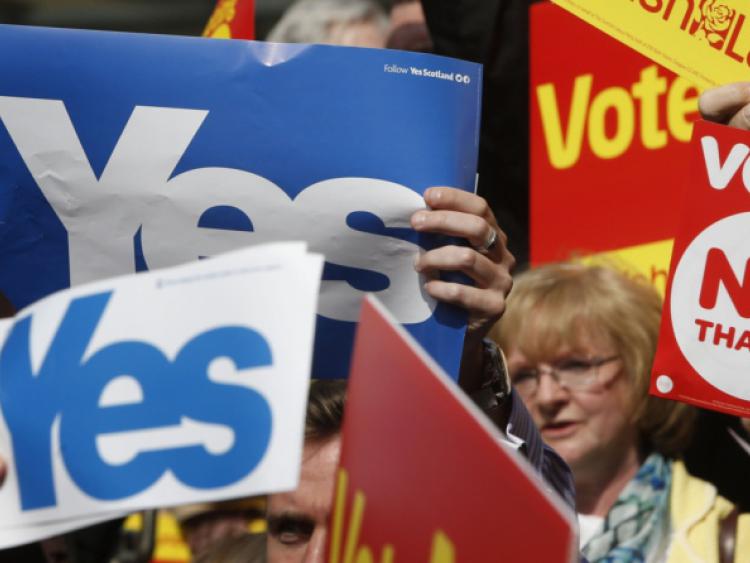 AS the biggest vote in Scotland’s history takes place, expatriate Scots in Limerick have had their say on the historic referendum.

AS the biggest vote in Scotland’s history takes place, expatriate Scots in Limerick have had their say on the historic referendum.

People resident in Scotland are at the polls this Thursday to answer the yes/no question ‘Should Scotland be an independent country?’.

Eight out of every ten people eligible to vote in Scotland are likely to do so, and this Wednesday, polling suggested that the outcome was too close to call.

Scots abroad cannot vote, and this is a source of regret to many, particularly Maggie Jardine of Castletroy.

“It is a huge regret, because I am passionate about the whole issue. I understand the practicalities that everyone who has an affiliation to Scotland couldn’t possibly vote. I feel there are people who have the right to vote in Scotland who might not use it, or might not make an informed decision.”

Newly elected Anti-Austerity Alliance councillor John Loftus, who was born and raised in Port Glasgow on the banks of the River Clyde, is backing the yes side.

“I hope they do and I think they will vote for independence. Right now, Scotland cannot raise taxes. Our whole budget is determined by Westminster. All the resources from oil to hydroelectric power go to Westminster, and Westminster decides what we should get,” he said.

The councillor thinks the offer of increased powers by the Westminster leaders is a “desperate measure”.

As for the currency, he is confident that Scotland will retain the pound sterling.

“The pound is Scottish, it was a Scotsman who created the Bank of England at the start. There is a two-year negotiating period, so with all these scare stories, we have two years to sort it.”

Marie McCallan, of the photographic agency Press 22, is also backing a yes vote.

Raised in the Scottish Highlands, she said: “Personally I dare to dream. I think we should go for it. We are very rich in assets. There is a lot of scaremongering going on. But I would be minded to vote yes.”

Gordon Lessels, a lecturer at the University of Limerick who hails from Fraserburgh in the north east of Scotland, declined to reveal his thoughts.

But he will travel to Edinburgh on polling day to soak up the atmosphere. He believes the extension of the franchise to 16 and 17-year-olds is Scottish First Minister Alex Salmond’s secret weapon.

“It is those 16-year-olds who are probably going to swing it. If the grandparents see that the young people really want it, I think they will change their views from No, and think: If this is what you want, we will back you,” said Mr Lessels, of Parteen.

Results will be counted through the night and the result of the referendum is expected to be known by early Friday morning.