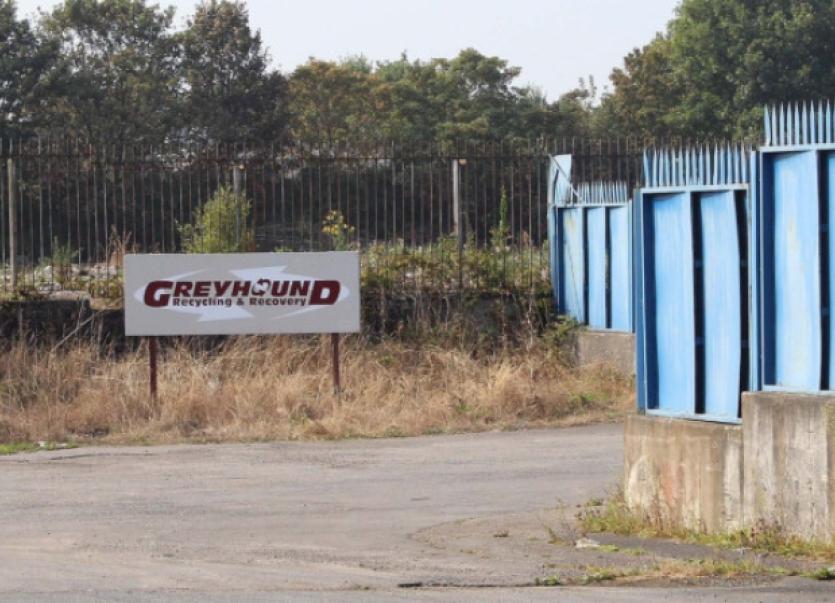 GREYHOUND Recycling and Recovery has given a court undertaking to remove almost 4,000 tonnes of waste from its storage facility on the southside of the city.

GREYHOUND Recycling and Recovery has given a court undertaking to remove almost 4,000 tonnes of waste from its storage facility on the southside of the city.

The company gave the undertaking after Limerick City and County Council was granted a High Court injunction requiring it to remove the waste from the depot at the Galvone Industrial Estate.

The application, under the provisions of the Waste Management Act, was made by Patrick Butler SC on behalf of the local authority.

During the brief hearing, Mr Justice Patrick McCarthy was told that around 3,600 tonnes of waste have been stored at the site for several months and that there have been ongoing difficulties in the area particularly with odours associated with the waste.

Greyhound Recycling and Recovery did not oppose the application for an injunction and undertook to remove all of the waste from its facility by Friday, October 10.

The company has also agreed to provide security at the site, 24 hours a day, after the court was told the Council has concerns about possible incidents of vandalism.

Last month, Limerick City and County Council issued an enforcement notice to Greyhound under the Air Pollution Act requiring it “to cease the acceptance and storage of odour-emitting waste materials”.

The notice was served following complaints from a number of residents in the Glasgow Park estate, and representations from local TD Willie O’Dea.

A council spokesperson confirmed at the time that following an investigation, the smell was traced to the warehouse in Galvone.

While the local authority has been working with the company since, it is understood the decision to seek a High Court injunction was made after matters failed to progress.

The case is due for mention at the High Court again on October 14 and Mr Justice McCarthy has given Limerick City and County Council liberty to re-enter the matter before that date if necessary.