Family deflated after theft of their bouncy castle 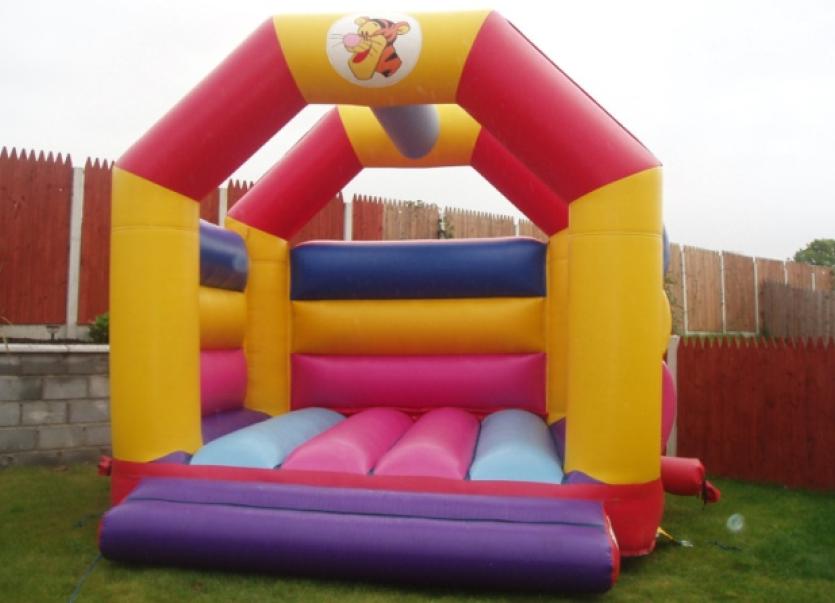 A COUNTY Limerick family have been left hopping mad after heartless thieves stole a bouncy castle from their back yard.

A COUNTY Limerick family have been left hopping mad after heartless thieves stole a bouncy castle from their back yard.

In what the gardai have described as “a very unusual crime” and “not something that we’ve come across too often”, thieves jumped through hoops to gain access to the rear of the home outside the town of Bruff before they made their getaway with the bouncy castle which was deflated at the time.

“The incident occurred at a private dwelling at Ballygrennan, Bruff between 8.15pm and 8.30pm last Sunday,” said a garda spokesperson.

A red transit van had been seen driving slowly around the area at the time of the crime.

The gardai at Bruff are investigating the incident and can be contacted at 061 382940.

Meanwhile, as winter approaches, gardai are making an appeal to the public to secure their heating oil tanks as the theft of oil is on the increase.

“Thieves siphoned the contents from an oil tank at the rear of a house at Main Street, Pallaskenry between 9am on Wednesday September 10 and 9am on Monday, September 15,” said a garda spokesman.

To do this the thieves would have utilised some mode of transport and it would also have taken them at least a number of minutes to empty the oil tank,” he added.

“If you were in this area between the above mentioned dates and noticed lights or some suspicious activity then please contact the Newcastle West gardai on 069 20650,” added the garda.