Church of Ireland Bishop-Elect to be based in Adare 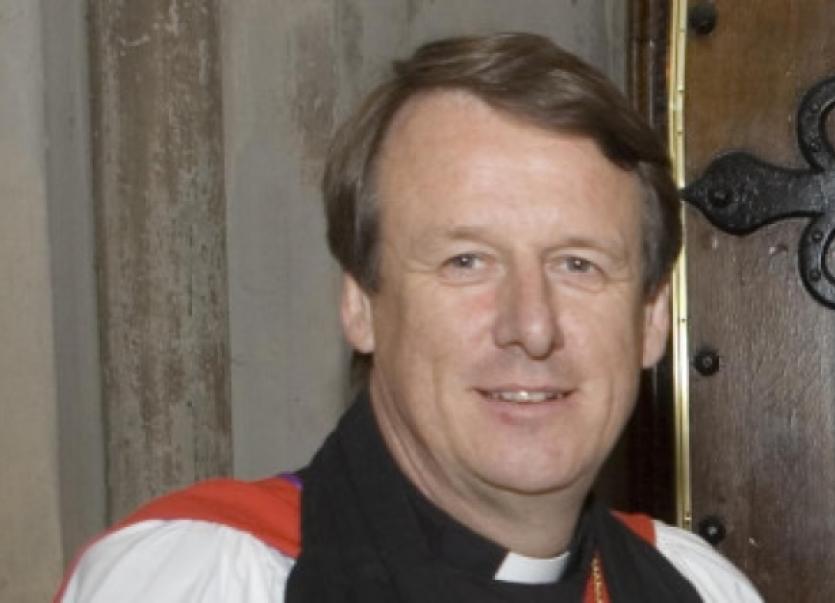 THOUGH small in numbers, the Church of Ireland has long had an influential voice and Canon Kenneth Kearon looks forward to “trying to articulate that voice on behalf of the Diocese of Limerick and Killaloe”.

THOUGH small in numbers, the Church of Ireland has long had an influential voice and Canon Kenneth Kearon looks forward to “trying to articulate that voice on behalf of the Diocese of Limerick and Killaloe”.

The Dubliner was elected to succeed Trevor Williams as Bishop of Limerick and Killaloe earlier this month.

And while he can’t claim to know the diocese very well, he has taught a number of its clergy. He hopes they can now return the compliment as he learns the ropes in his new diocese, the largest in the country geographically - stretching from Offaly to the Dingle Peninsula.

“For many years, I taught in the theological college (in Dublin), so many of the clergy of the diocese I would know through that role and know them quite well. I have occasionally preached in and visited Limerick but I can’t claim to know the diocese well. My first task will be to get to know the people and the clergy.

“I understand there are about 25 clergy ministering in the various parishes and they have about an equal number of lay readers, which are an important part of ministry in our church, and obviously I will be looking to meet the lay leadership in the diocese as well,” he said.

“The Church of Ireland in the Republic is generally small so hopefully it won’t take too long. I think we have always played a fairly large role in Irish society despite that small size and I think we have had a voice which has been distinctive. I look forward to trying to articulate that voice on behalf of the diocese,” he said.

The Bishop-Elect expects to take up residence in Adare along with his wife Jennifer. Canon Kearon, who will be formally consecrated later in the year, plays “a very small amount of golf” and believes the village to be a “good spot” for a round or two.

He is also looking forward to renewing his friendship with Bishop Brendan Leahy, his Catholic counterpart who is also relatively new in the job having been ordained last year.

While Bishop Leahy’s appointment was a carefully guarded secret in Rome - and one which took many priests by surprise - the process of electing a Church of Ireland bishop involves the grassroots, clergy and laity alike, in a meaningful way.

“Every three years, the diocesan synod elects 12 clergy and 12 lay people to serve as part of an electoral college,” Canon Kearon explained.

Once Bishop Williams had signalled his intent to retire, members of the college had met informally, discussed a number of potential candidates and made approaches to them.

“It still came as a little bit of a surprise,” admitted Canon Kearon of his election which came a few weeks after he had given consent for his name to go forward.

From his CV, it is clear the diocese is getting a man of no little standing in the Church.

For the last 10 years, he has been secretary general and executive officer of the Anglican Communion worldwide. As such, he was heading a staff supporting the Archbishop of Canterbury, the most senior figure in the Anglican faith, and was the main organiser of the Lambeth Conference in 2008. It was in and around this conference that the issues of gay clergy and women bishops exposed deep divisions within the Church worldwide.

Back in Ireland, the Bishop-Elect says he wishes to “build on the existing ecumenical work”.

“I would regard the current Bishop Leahy as a good friend. We were colleagues in the Irish School of Ecumenics some years ago and we have always kept in touch.

“And I do hope, as I gradually get to know the diocese, to articulate its needs within the wider church and also within wider society. I think there is also a priority around schools which are an important part of the life of our diocese. Education is going through a lot of changes and it will be important to get inside those changes and see that they are ones that actually serve the communities,” said Canon Kearon.