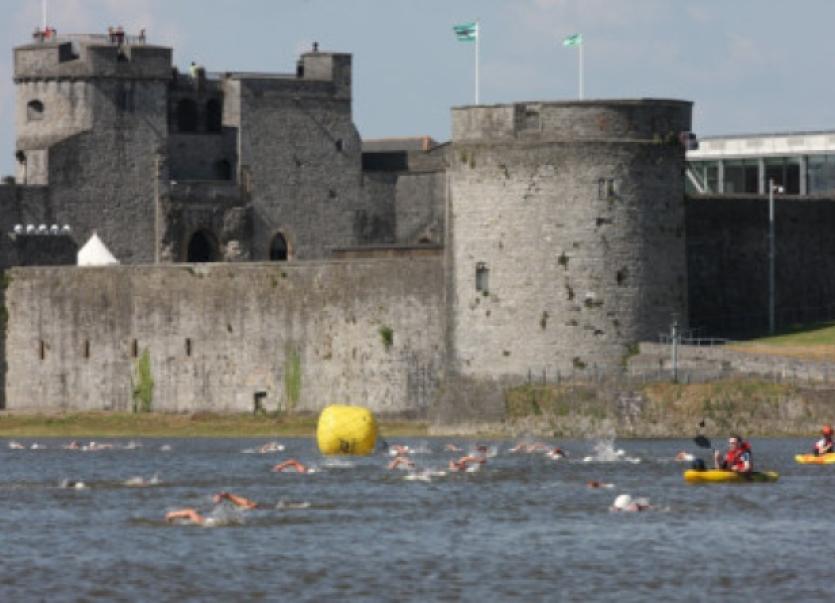 OVER 100 swimmers are set to take part in the annual Thomond Swim at the end of this month, to qualify for the prestigious Liffey and Dun Laoghaire Harbour swims in Dublin.

OVER 100 swimmers are set to take part in the annual Thomond Swim at the end of this month, to qualify for the prestigious Liffey and Dun Laoghaire Harbour swims in Dublin.

Organised by the Limerick Masters Swimming Club, the popular race will take place on Saturday, July 26, at 6.30pm.

The 1,800 metre course will remain the same - starting at the slipway at St Michael’s Rowing Club, travelling upriver under Sarsfield Bridge to a turning buoy above the Curragower Falls, under King John’s Castle, the courthouse, Arthur’s Quay, Shannon Rowing Club and back down to finish at St Michael’s. The best viewing points for the event will be along O’Callaghan Strand and Clancy Strand on the north side of the river, Sarsfield Bridge, Arthur’s Quay and Howley’s Quay.

The Thomond swim is again designated as a qualifying race for the swims in Dublin thus creating interest among open water swimmers from the east coast and this year an even greater representation is expected.

“It is expected that the numbers of competitors in the Thomond event will be in excess of 100 on this occasion and in addition to those from the east coast there will be swimmers from Cork and Galway as well as from numerous clubs throughout the Munster and the Mid West regions,” said Dee Maguire, Thomond Swim PRO.

The event is supported by Limerick City and County Council and the Mid West Regional Authority through the Nautisme Espace Atlantique programme.