Mystery of Limerick man who fell from car in fatal crash 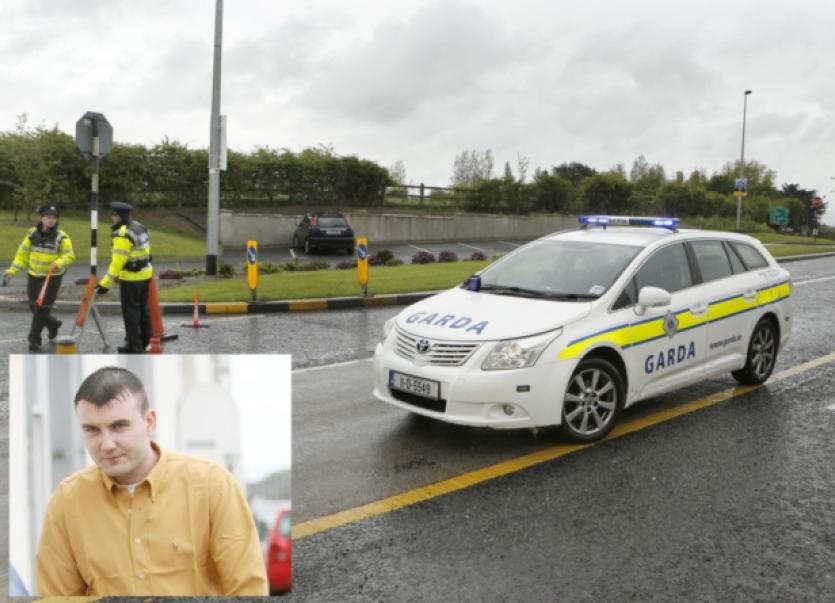 GARDAI are still looking to speak to a runaway driver in order to establish the exact circumstances in which a Limerick man lost his life in an accident early on Saturday morning – after apparently falling from a moving car.

GARDAI are still looking to speak to a runaway driver in order to establish the exact circumstances in which a Limerick man lost his life in an accident early on Saturday morning – after apparently falling from a moving car.

Father-of-two Tony O’Brien, 31, was living in Tralee but is originally from Limerick city. died after apparently falling from a car and being struck by another travelling in the opposite direction on the N69 outside Kildimo. The car in which he had been travelling failed to remain at the scene and it is believed was later burned out in Limerick city.

Mr O’Brien was sentenced to seven years in prison in 2010 for the manslaughter of Keith Ryan, who was kicked and beaten to death under the Shannon Bridge in May 2006.

While he had other serious convictions, including for assault, Mr O’Brien was not considered a serious career criminal and his offending related in the main to his alcohol addiction. Formerly with addresses in Moyross and Baker Place, the deceased had also lived rough in Limerick for periods of time.

“The investigation will focus on whether this is a tragic accident and the man simply fell out of the car or whether there is something more sinister involved,” said a garda source in the hours following the death of Mr O’Brien.

It was at about 1am on Saturday morning that the accused fell from a moving car travelling east along the N69 just outside Kildimo village. He was immediately hit by a car being driven in the opposite direction by a pensioner from the locality. Gardai accept that the 67-year-old did everything possible to avoid hitting Mr O’Brien.

It is understood that the driver of the car in which Mr O’Brien had been travelling turned around and confronted the pensioner for “killing my friend” before heading off again in the direction of Limerick.

“Gardai are anxious to know why this individual or individuals failed to remain at the scene for the arrival of gardai,” a garda source said.

And it is believed that a burnt-out Toyota Avensis found burnt out in the Kennedy park area of Limerick may have been the car in which Mr O’Brien had been travelling before the accident.

One theory being investigated by gardai is whether Mr O’Brien had been getting sick out the back door of the car when he fell from the moving vehicle. But gardai are keen to speak to the other occupant or occupants to rule out anything more sinister.

A post-mortem examination has been carried out by the assistant state pathologist Dr Michael Curtis.

Gardai at Newcastle West are investigating and are appealing to witnesses or anyone who with information relating to a 99 WH registration light blue car Toyota Avensis to contact 069 20650, the Garda Confidential telephone line 1800 666 111 or any garda station.

Meanwhile, Tony O’Brien’s removal will be from Cross’s Funeral Home, Gerald Griffin Street this Tuesday at 7pm with funeral mass at St Saviour’s Church at 10.30am on Wednesday. He is survived by his mother Mary and her partner John; brother Richard; sister Lisa; twin daughters Jasmine and Jayda, father Stephen; grandparents relatives and friends.