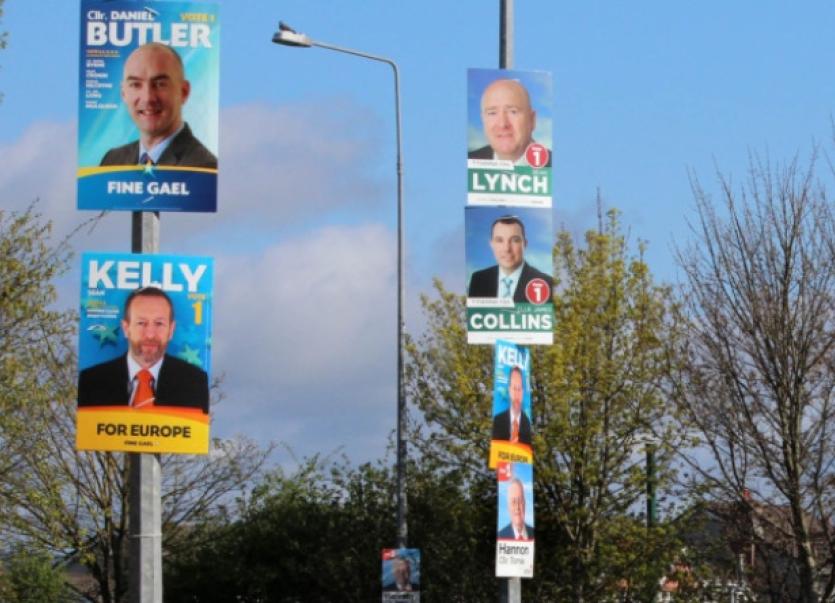 THE election poster is an outdated form of communication, an environmental nuisance and a distraction to motorists, according to independent election candidate Richie Ryan.

THE election poster is an outdated form of communication, an environmental nuisance and a distraction to motorists, according to independent election candidate Richie Ryan.

Mr Ryan, Clarina, founder of CentreStage Theatre School and a teacher, has promised the voters of Limerick City West they will be spared his mugshot staring out at them from a height over the next four weeks.

He estimates that €100,000 will be spent on posters by Limerick candidates during the campaign.

“This is a complete waste of money, especially considering what €100,000 could do for community groups and charities working in the city and struggling for funds,” he said.

“Election posters are also an unnecessary environmental nuisance that litter the county in the run-up to, and even after, elections,” added Mr Ryan.

“I understand there was a time when posters were required during an election, but this is a new era in campaigning when candidates have many other forms of communications available to them, such as social media, traditional media and websites.

“I do not expect all candidates to take a stand with me against this senseless, costly self-promotion - especially as some were so eager to get into pole position with their campaign posters, they jumped the poster deadline.”

Mr Ryan declared he would not be erecting any posters and has called on the government to “quite simply ban them” before the next election.