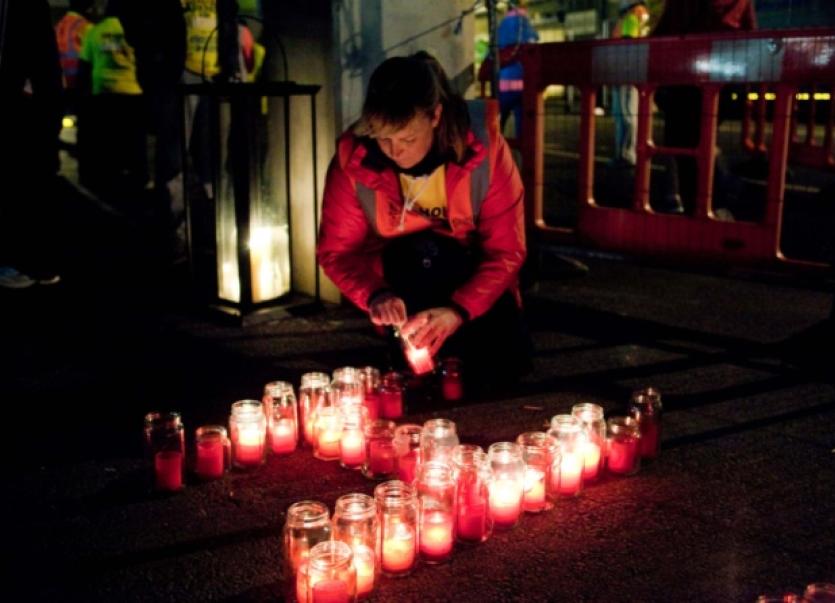 MORE than 1,500 people have registered for dawn walks in Limerick to remember those who have died by suicide and to raise awareness of depression.

MORE than 1,500 people have registered for dawn walks in Limerick to remember those who have died by suicide and to raise awareness of depression.

Two walks will be held in Limerick city and in Newcastle West on the morning of Saturday, May 10, under Pieta House’s Darkness into Light campaign.

Thousands of people across the country will take part in this symbolic walk at 4.15am, with some choosing the run the 5km route while dawn is breaking.

Limerick City has hosted Darkness into Light walk for the past four years, attracting huge numbers each year, while Newcastle West is a new venue for 2014. The Limerick city walk sets off again from Thomond Park, while the Newcastle West event begins at the Community Centre, The Demense.

“We’re thrilled with the registration figures so far and we’re expecting an even bigger bump in numbers as we enter our final week,” said Joan Freeman, founder and chief executive of Pieta House. “Registration figures nationally are more than three times higher than they were at this point last year which is a great testament to the commitment of the Irish public in tackling suicide in this country,” she said.