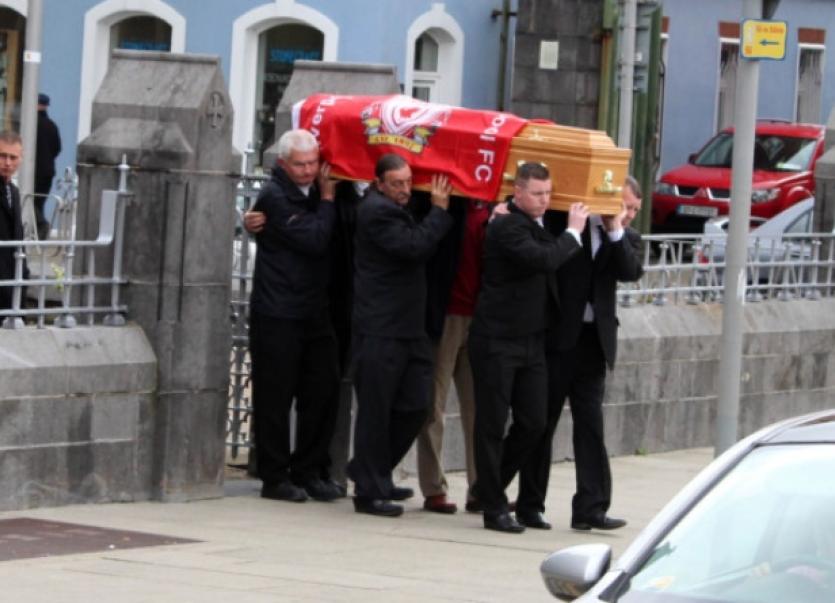 GARDAI are following a definite line of enquiry following a fatal road accident near Kildimo at the weekend.

GARDAI are following a definite line of enquiry following a fatal road accident near Kildimo at the weekend.

Father-of-two Tony O’Brien, 31, who was living in Tralee but who was originally from Limerick city died after he fell from a moving car and was struck by another car travelling in the opposite direction.

The fatal accident, which was the third in Limerick so far this year, happened at around 1am on Saturday on the Askeaton side of Kildimo.

The Toyota Avensis car in which Mr O’Brien was travelling failed to remain at the scene but was later found burned out at Kennedy Park in Limerick city.

The driver of the second car - a local man in his 60s - was not seriously injured but is said to have been severely traumatised by what happened.

It is understood gardai accept that the 67-year-old did everything possible to avoid hitting Mr O’Brien, who was pronounced dead at the scene of the collision.

A post-mortem examination was conducted on his body at University Hospital, Limerick by Assistant State Pathologist, Professor Michael Curtis.

One line of enquiry being followed by gardai is that Mr O’Brien opened the rear door of the Avensis and was attempting to get sick when he fell out of the vehicle.

As part of their investigations gardai, are looking to establish the movements of Mr O’Brien and the Toyota Avensis in the hours before the collision.

Gardai believe there were at least two other people in the car at the time.

It has been reported that having initially left the scene of the collision, the Avensis returned briefly at which point one of the occupants is alleged to have verbally abused the driver of the second car - a BMW.

Following the fatal accident, a significant section of the N69 was closed until late on Saturday afternoon as a technical and forensic examination of the scene was conducted by gardai.

The BMW and Avensis cars have also been examined as part of the inquiry.

While there have been no arrests, investigating gardai say they have interviewed a number of people.

“Our investigation is ongoing and we are making progress,” said Inspector Paul Reidy of the divisional traffic corps.

Mr O’Brien, whose funeral took place at the Dominican Church in Limerick city this Wednesday morning, had more than 40 previous convictions including one for the manslaughter of Keith Ryan, 23, in Limerick city.

He was sentenced to ten years imprisonment in 2007 after he was convicted at Limerick Circuit Court of the manslaughter of Mr Ryan who was kicked and beaten to death under Shannon Bridge in May of the previous year.

However, a retrial was later ordered and in 2010 he received a seven-year prison sentence.

Another man - Thomas Ryan, 32, of Shanabooly Road, was also sentenced to seven years imprisonment for his role in Mr Ryan’s death.

Gardai at Newcastle West are investigating the circumstances surrounding Saturday’s fatal road crash and any witnesses or anybody with information is asked to contact them at (069) 20650.

It is expected a file will be prepared and forwarded to the Director of Public Prosecutions in the coming weeks.