Former mayor of Limerick will not seek re-election 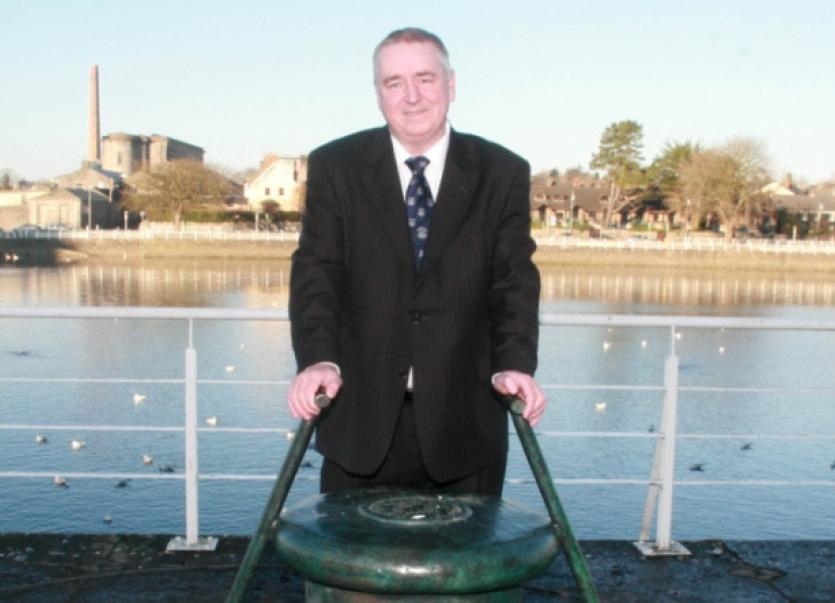 ONE of Limerick City Council’s longest serving members, Kevin Kiely, has confirmed he will not seek re-election this summer.

ONE of Limerick City Council’s longest serving members, Kevin Kiely, has confirmed he will not seek re-election this summer.

Former mayor Cllr Kiely, of Farranshone, will retire from politics in May, after a combined 21 years serving Limerick.

Alongside this, he was the first chairman of the joint policing committee, and was also appointed a peace commissioner.

But he says he has “lost [his] appetite for politics” in recent years.

“I feel I have given it enough. I probably achieved everything I needed to achieve in local politics,” Cllr Kiely told the Limerick Leader. “I have been involved in political life for nearly 35 years and have never felt the years rolling as much as recently.”

The Fine Gael councillor says he took six months to make a decision on whether he would seek election in the newly enlarged city north ward.

A former postman and publican – he ran the old Treaty Bar at Thomond Bridge – Cllr Kiely says he hopes to go back into business in the near future. But he has not entirely ruled out a return to local politics. “The door is closed for the time being – but never say never,” he said.

The erection of the Docker’s Monument on Howley’s Quay remains Cllr Kiely’s highlight from his time in politics.

He recalls, upon securing the chain of office, not taking no for an answer from then city manager Tom Mackey.

“When I became mayor of Limerick, I went to the manager, Tom Mackey at the time, and told him: ‘I don’t want any excuses. During my mayoralty, I want this monument build and put in the Dock area’,” he recalled.

In June 2010, this happened, after finance from development levies was directed to the project.

“That was a big honour for me, because it marked the working class people of the city where I grew up. I always wanted to something for them. That monument will be there for ever more,” he said.

Other achievements Cllr Kiely has had, include the upgrade of Shelbourne Park, and the opening of the St Munchin’s Community Centre in his native Kileely. He said: “What spurred me on at the time was the lack of facilities in my own area. Kieran O’Neill had a committee set up at the time. They wanted to provide a community centre for the northside. We saw it through, and it will always be there now.”

After an eventful year as mayor of Limerick – including a much publicised incident when he received strong criticism for comments made about non-nationals which were branded offensive – Cllr Kiely sought a place on the Fine Gael ticket for the 2011 general election but was unsuccessful. He decided to run as an Independent and was expelled from Fine Gael. Although he has since rejoined the party, he feels some people within its ranks have “forgiven, but not forgotten”.

“I remember I went down to St Mary’s Park for some unveiling, and I met the Local Government Minister Phil Hogan there. At the time, I was standing in for a photo with him. He asked me if I was looking for a profile with him,” Cllr Kiely said. In response, the northside councillor says he told the Minister: “Not with you, Mr Hogan.”

Cllr Kiely admits he has often been controversial, in particular during his mayoralty, when he was forced to apologise for his comments that unemployed non-Irish people, including EU citizens, should be deported. He later retracted that apology.

He concluded: “I always try and stand away from publicity. But wherever I go, publicity seems to follow me.”