Team effort by Limerick school ahead of Harty Cup final 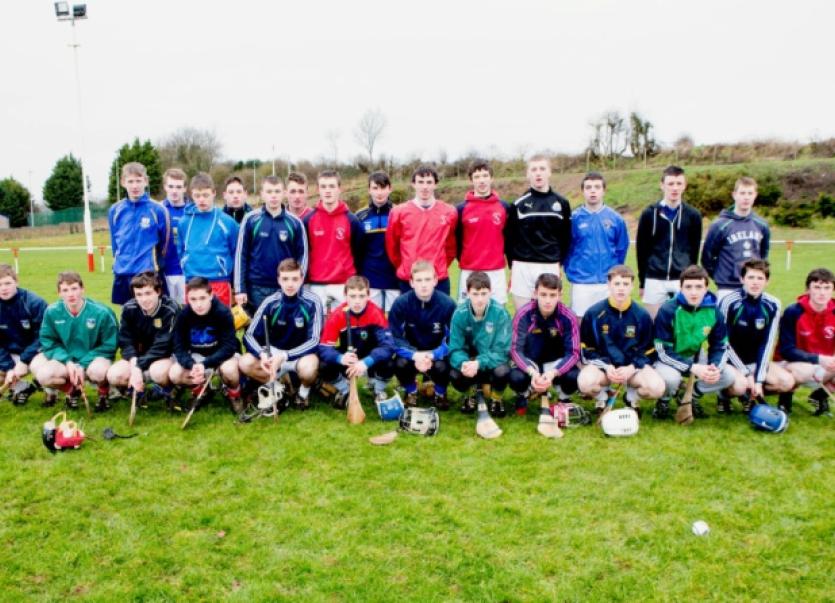 IT IS GOING to be a busy few days for Scoil na Trionide Naofa as they contest their first Harty Cup final in over 80 years on Saturday, before moving into their new school on Monday.

IT IS GOING to be a busy few days for Scoil na Trionide Naofa as they contest their first Harty Cup final in over 80 years on Saturday, before moving into their new school on Monday.

On of the three co-managers of the team, Justin Daly said it is an exciting time to be involved with the school.

With less than 300 pupils it is a huge achievement to take on and beat some of the best and biggest schools in Muster. Two years ago they won a Corn Padraig and after giving it a lot of thought they decided to go into the Harty Cup in 2013.

“We learned a few things from last year. They are a fantastic group of lads to train.

“They’ve trained hard and we’ve had a bit of luck in each game. I couldn’t say enough about them,” said Mr Daly, who is co -manager with Diarmuid McCarthy and Diarmaid Carr.

Along with being Scoil na Trionoide Naofa’s first Harty Cup final since 1931, it is the first ever all Limerick final.

“They are very good players individually and a very good team but you can never know in hurling. We will go in and give it our best shot,” said Ms Daly. It could be the third cup in recent weeks for the school as the girls have won Munster camogie and football titles.

Sadly one person that will be missing from the Gaelic Grounds on Saturday is the late Alan Feeley. The PE teacher passed away from a brain haemorrhage last year but his memory lives on.

“The last few years the transition years have been mixed so he would have been very much involved with the lads. A lot of the lads would have known him and he definitely will be thought of on the day. Alan left a big imprint on everyone in the school.

“He was a very nice fellow, very enthusiastic, very motivated,” said Mr Daly. Alan would certainly have made the most of the new school’s fantastic facilities. It will be opening on Monday.

Anne Kelleher, chief executive of CEIST (Catholic Education and Irish Schools Trust), trustees of Scoil na Trionoide Naofa, said it is a wonderful achievement to have the school opening on time.

“The calibre of building with its state of the art facilities was arrived at through the hard work of so many people. Tributes have to be paid, not only to the current principal Eilis Casey, but former principals of St Fintan’s, St Joseph’s, St Michael’s, Eddie Bourke, John Kinsella and Michael O’Connor, all the staff, successive boards of management, the Mercy Sisters and Christian Brothers.

“It is a real celebration of community - the GAA and local residents. Doon GAA have been hugely instrumental in insuring that any hitches that we hit were smoothed over and I pay tribute to them and Cllr Noel Gleeson,” said Ms Kelleher.

THE CEO also praised the builders - BAM - for their quality of work and finishing on time despite the “treacherous weather”; Public Private Partnership (PPP) and Dwayne McAleer and his team in the National Development Finance Agency (NDFA).