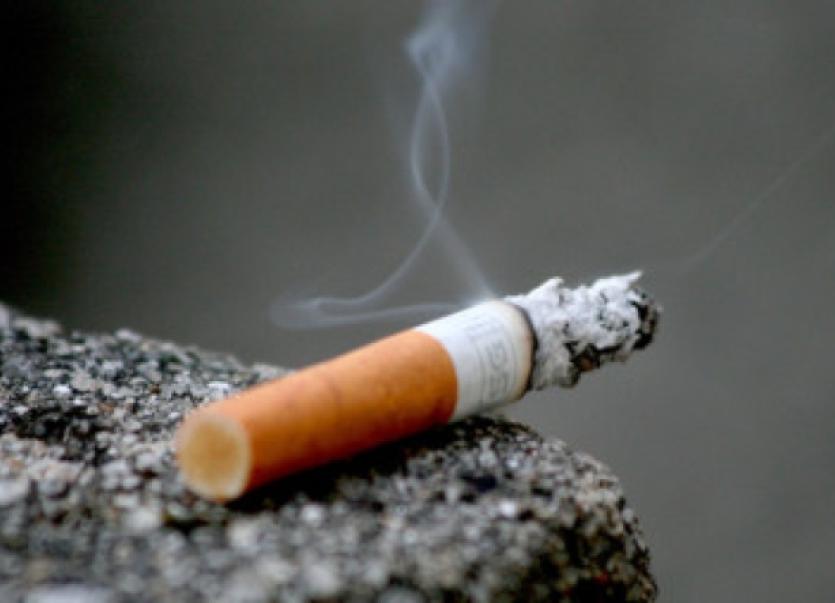 A CITY publican has been given until February to ensure his premises complies with the tobacco regulations after what a judge described as a “flagrant breach” of the legislation.

A CITY publican has been given until February to ensure his premises complies with the tobacco regulations after what a judge described as a “flagrant breach” of the legislation.

Howard Whelan told Limerick District Court of his efforts to “decommission” part of the pub as a smoking area after concerns were raised by HSE inspectors.

Mr Whelan pleaded guilty to allowing customers to smoke in a prohibited area and to selling tobacco from a vending machine not registered with the National Office of Tobacco Control at The Crafty Fox bar on Denmark Street.

James Cahill, an environmental health officer with the HSE, said he had inspected the pub on March 15 last and found stubbed out cigarettes and detected a strong smell of smoke in what he described as a recessed area, 18 feet by 10 feet, to the front of the premises. Three sides were “fully enclosed” while the fourth side was enclosed to a height of one metre by a hoarding, Mr Cahill told Judge Eugene O’Kelly. He explained such an area designated for smoking was “completely contrary” to the regulations which required at least 50% of the perimeter of a designated smoking area be open.

Mr Cahill described numerous efforts to get in touch with Mr Whelan since April 2012. He said he had called in person on five occasions and sent correspondence seven times.

He added that it was only on the day before a previous court hearing on November 1, 2013 that Mr Whelan had phoned him to tell him he would be putting “No Smoking” signs in the area. But when Mr Cahill had visited the premises on December 4, there were no such signs erected.

Seamus Kenny, another HSE inspector, gave evidence that when he had walked past the bar on November 29 and 30, he had observed customers smoking in the area in question.

Mr Howard said that the business had been closed for redecoration during the summer and he did not get all of his post. He had ultimately called Mr Cahill to apologise. He described the former smoking area as being open to the elements and he had supposed before his interactions with the HSE that his premises was the most compliant with the tobacco regulations of all the pubs in the surrounding area.

He said he had made “all reasonable efforts” to comply with the regulations, had removed ashtrays from the tables, erected the signage agreed and informed staff to remind patrons to step out on to the street if they wanted to smoke.

Judge O’Kelly observed that the area in question would be very difficult to bring into compliance, being “essentially a room with one wall removed”.

Mr Cahill said it might be possible to reinstate that wall and allow patrons to smoke on the footpath under an existing awning.

“It appears to me,” said the judge, “that this is more than a technical breach; it is rather a flagrant breach”.

The situation would seem to “require the full-time presence of either the HSE or the bar staff to police”, which was a matter of “great concern”, the judge said.

He adjourned sentencing to February 7 to allow Mr Whelan come up with proposals to bring his premises into compliance.