Battle over Limerick farm left in will ends up in court 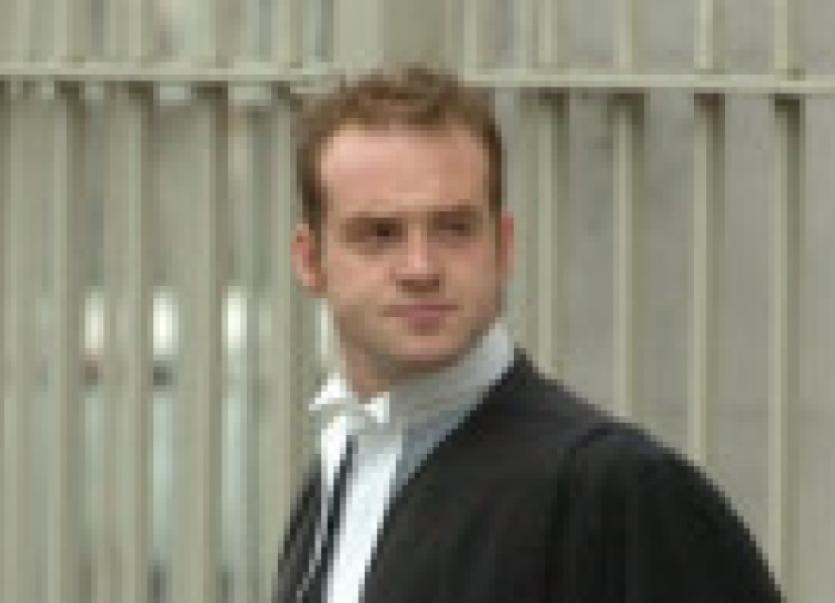 THE DISPUTED ownership of a West Limerick farm left behind by an 83-year-old woman after her death is at the centre of a court case which has heard accusations of manipulation, bullying, lies and neglect.

THE DISPUTED ownership of a West Limerick farm left behind by an 83-year-old woman after her death is at the centre of a court case which has heard accusations of manipulation, bullying, lies and neglect.

The will of the late Joan Herlihy, of Ballintubber, Raheenagh, who died in 2009 has been challenged by her neighbour Michael Haugh, 67, also of Ballintubber, who claims that he was due to inherit her 31 acre farm worth €235,000 before being written out of her will weeks before her death.

Mr Haugh claims that Ms Herlihy was “unduly influenced” by a home helper, Rita Ruddock, of Gardenfield, Dromcollogher to disinherit him despite a long-standing agreement with Ms Herlihy that he would receive the farm in return for taking care of her upkeep.

However Limerick Circuit Civil Court heard during a two-day hearing this week that Ms Herlihy lived alone in “primitive” and “appalling” conditions that were so bad that the HSE had to intervene and place her in care.

Mr Haugh was accused of “controlling” Ms Herlihy and allowing her to live “in a state of absolute dirt”, while he countered that “any time she wanted anything, she got it”.

The executor of Ms Herlihy’s estate, solicitor Owen McMahon of Patrick G McMahon Solicitors in Newcastle West, is attempting to prove that her final will is solemn despite Mr Haugh’s claim that it should be set aside.

Mr Haugh believes that Ms Herlihy was mentally incapable of making a will, and that she was also influenced by Ms Ruddock to disinherit him, despite him having been named as her heir in two previous wills.

In her final will, which was drawn up on September 28, 2009 Ms Herlihy directed that her 31-acre farm should be sold and that the proceeds should be divided up between her six nieces and nephews. She also left a house at North Road, Dromcollogher to Ms Ruddock, her home help, and gave a separate, three- acre field in Raheenagh to her friend, Peg Magnier.

Ms Herlihy died on December 12, 2009 but in February 2010 Mr Haugh lodged a challenge to her will, claiming that “his actions of the last 10 years”, namely caring for her and working the land, entitled him to the property.

Ciara Daly BL, acting for Mr Haugh, told the court that in Ms Herlihy’s final months she was manipulated by Ms Ruddock to write him out of her will despite a previous agreement “that she would leave him the land after her death”, and that he “made improvements to the land on that basis”.

The court heard that in the nine years after the death of her brother Ned in 1999, Joan Herlihy’s living conditions at her 200-year-old farm house in Ballintubber deteriorated to the point that she was sleeping on the kitchen floor while the house was littered with dog faeces, infested with rodents and full of household waste. There was also no running water into the house, but Ms Herlihy continued to use her toilet without it having a flush.

Mr Haugh claimed that “for possibly seven or eight years” he gave Ms Herlihy a weekly allowance of €130-€170 and drove her around on various tasks, and all the while claimed to have invested over €100,000 developing the farm, building sheds and carrying out other works. He told the court that he did so because Ms Herlihy and her late brother told him “the lands were mine”.

“What am I supposed to do, walk away? I spent years driving her around the country. That costs money. When she left me the place, she told me to look after her. I didn’t want the job at all.”

However Emmett O’Brien BL, acting for Mr McMahon, said that Mr Haugh cared so little for Ms Herlihy that he allowed her to live in conditions that were described by HSE inspectors in July 2008 as being so bad that “it is inconceivable to think an individual would survive in such an unsanitary environment”.

Mr O’Brien accused Mr Haugh of “controlling” Ms Herlihy. “Minding her wasn’t your concern. It was the land you were concerned about. You’re the person claiming to be the hero, [but] she was living like she was in a third world country. You’re lying through your teeth. She lived for nine years in a state of absolute dirt.”

The background of the case dates back to 1999, when Joan Herlihy inherited the estate of her brother Ned, including the house and farm at Ballintubber, after his death. However his estate was never fully executed as Ms Herlihy failed to pay probate tax, inheritance tax and other associated fees.

However he said that at this point he stopped paying rent as Ms Herlihy “wouldn’t take any more of it”, before telling him “the land is yours, it’s up to you to do what you like with it”. He said that the arrangement then changed to one where instead of paying rent Ms Herlihy “was drawing money off me… for possibly seven or eight years”.

In 2002 Mr Haugh brought Ms Herlihy into McMahon solicitors where she spoke to the late Garry McMahon, his brother Owen McMahon and another solicitor at the firm, John Molyneaux. Mr McMahon and Mr Molyneaux both told the court that Ms Herlihy asked that half of the lands at Ballintubber be transferred into Mr Haugh’s name. She said she wished to do so Mr Haugh needed to build a cattle shed in order to comply with EU pollution regulations, and it would be better to do so if the land was his.

Mr Molyneaux said that Garry McMahon was “shocked” and “taken aback” at this request, and stated “there’s no way that’s going to happen”. Mr McMahon told the court that his brother asked Mr Haugh to leave the room and then told Ms Herlihy that it would be “imprudent, unwise and improvident” to give away her assets for free. “Before she left, Garry told her if she wanted it done elsewhere, she could. But we wouldn’t do it.”

Mr Molyneaux said that Mr Haugh was “quite irate” at this refusal, and added that he felt Mr Haugh “was quite threatening, the way he spoke to Joan.

However Mr Haugh countered that Ms Herlihy subsequently fell out with the firm over Garry McMahon’s refusal to facilitate a land transfer in 2002. “Joan wanted to know the will… what was left to her from her brother. Joan turned against McMahons completely. She didn’t want to hear no more from them.” Ms Daly put it to Mr McMahon that Ms Herlihy claimed to be “dissatisfied” with his firm.

The court heard that in 2003 and 2007 Ms Herlihy went on to make wills which left all her property to Mr Haugh. During this time, her living conditions worsened to the point that local county councillor Jerome Scanlan, who had known the Herlihy family since 1957 and called to the home regularly, contacted the local HSE welfare officer.

On July 29, 2008 a number of HSE officials met Ms Herlihy at her home and carried out an inspection of the premises. HSE officer James Cahill told the court that while Ms Herlihy was “very engaging” and seemed “au fait” with her living conditions, “there was no evidence of a caring environment in place”. Anne Woulfe of the HSE, meanwhile, said that the house was “rotten” and “filthy”.

On July 30, 2008 Ms Herlihy was removed from the house and sent to the Mid Western Regional Hospital in Dooradoyle, before being transferred to St Ita’s Community Hospital in Newcastle West. On August 13 she was placed in the care of the Dromcollogher Respite Centre, where she remained until January 27, 2009 when she moved into her house at North Road, Dromcollogher, which had been fitted out by the HSE.

At this point Ms Herlihy began to receive home help from Ms Ruddock, who also owns a local flower shop. Mr Haugh said in 2008, when Ms Herlihy was taken into HSE care, he and his wife visited her “every night”, and that he also contributed over €600 to the cost of the refurbishment of her house in Dromcollogher. He said he met Ms Ruddock after Ms Herlihy first moved to Dromcollogher, and “we didn’t get on so well after a while”.

The court heard that in February 2009 Cllr Scanlan, at Ms Herlihy’s request, contact Mr Molyneaux asking that he visit her as “she wished to settle up her affairs”. While this initial meeting was only to discuss her brother’s estate, in September she requested that Mr Molyneaux visit her again to draw up her will.

As well as leaving property to Ms Ruddock and Ms Magnier, Ms Herlihy directed that Ballintubber should be sold to pay off the taxes due on her brother’s estate, with the net proceeds to be divided among her next of kin. Mr Haugh’s name is not present in the will.

Ms Herlihy died as a result of a heart condition on December 12, 2009 and in February the following year Mr Haugh lodged a challenge to her will.

Ms Daly told the court that Ms Herlihy had been diagnosed with a condition known as “senile squalor syndrome”, which explained her poor living conditions in Ballintubber, and this underlined that “she did not have the mental capacity” to make a will.

However several witnesses, including medical experts, gave evidence that Ms Herlihy was clear, alert and in possession of her own thoughts right up until her death. “She had a mind of her own. I don’t think she could be influenced”, Ms Magnier said.

Under cross examination by Mr O’Brien, Mr Haugh denied that he ulterior motives in providing for Ms Herlihy. “I’d prefer it if I never had anything to do with it… I’ve no regard for land”. But Mr O’Brien replied “I don’t believe a word of that. What are we all doing here so?”. Mr O’Brien also pointed out that in May this year Mr Haugh turned down an offer of €40,050 in cash to set aside his claim on the land. “Garry McMahon saw right through you. You never gave this woman an ounce of love. What you saw was an opportunity.”

Mr Haugh repeated “I didn’t want land”, and denied that the water had been cut off to Ms Herlihy’s home because he had failed to pay a water bill of over €7,000. “There was never a bill sent in … I’ve never seen it”.