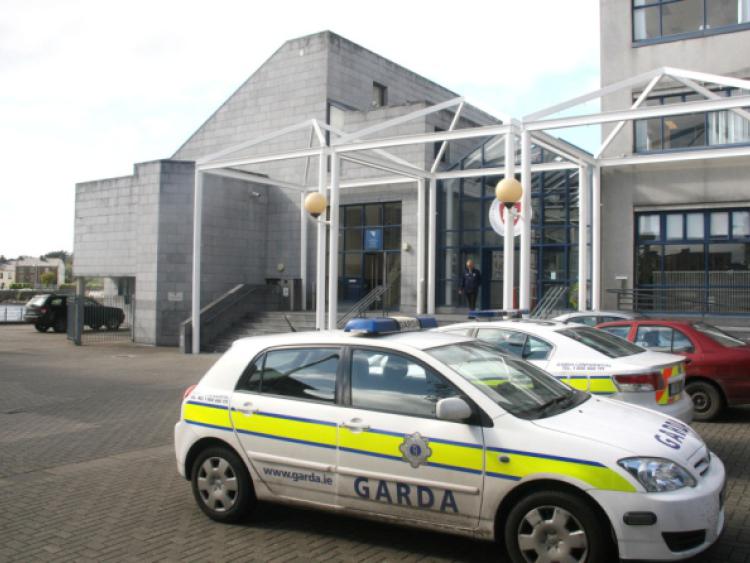 A MAN arrested following an incident in which shots were fired at the weekend has appeared in court wearing just a pair of blue boxer shorts.

A MAN arrested following an incident in which shots were fired at the weekend has appeared in court wearing just a pair of blue boxer shorts.

There were angry scenes as Anthony O’Donovan, aged 26, of Aherlow Close, Old Cratloe Road was brought before Limerick Court on Monday morning.

From the custody area in the court he shouted that he was “innocent” , that it was a “stitch-up” and to “get the cameras from Moyross”.

A number of people had to be ejected from the court for causing a disturbance during the brief hearing.

One woman said as she left the court building that, “He didn’t do it”.

O’Donovan is charged with the possession of a 9mm ammunition round contrary to Section 27a(1) of the Firearms Act.

The alleged offence took place at Clonard, Westbury in the early hours of Saturday morning, September 28.

After O’Donovan was charged the court heard that he replied: “No comment”.

No application for bail was made by O’Donovan’s solicitor, Sarah Ryan.

O’Donovan was remanded in custody by consent to appear before Limerick Court on Thursday, October 3.

He was taken back in to the cells while still dressed only in his blue boxer shorts.

The court did not hear the reason why he was dressed in this manner.

There was a heavy garda presence in the vicinity of the court room and outside the courthouse including members of the Armed Regional Response Unit.