No plan for action on Limerick halting site 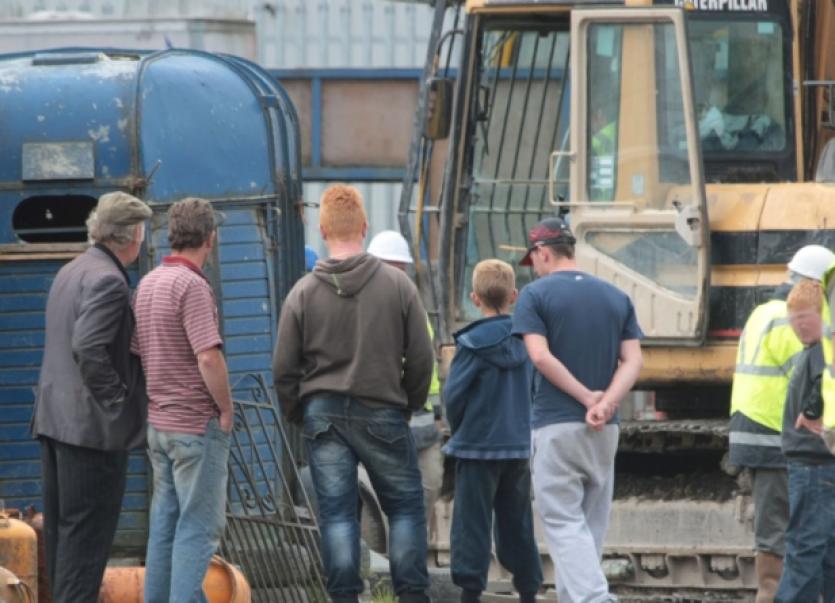 THERE are no plans to develop around a halting site on the edge of Limerick city, the local authority has confirmed.

THERE are no plans to develop around a halting site on the edge of Limerick city, the local authority has confirmed.

Home to between 10 and 12 families, Cllr Wade was told that since the land is private, the local authority’s hands are tied somewhat.

Seamus O’Connor, of the county’s housing department said: “This land is private and has been in the hands of the families for many years. The County Council had proposed social housing to the families, but they changed their minds. There are no plans to develop that site.”

In response to a question raised by Cllr Wade on health and safety at the site, Mr O’Connor admitted they are “very concerned” about conditions there.

Two years ago, the halting site was the target of a dawn raid by the gardai, Customs and the Revenue Commissioners.

Twelve litres of illegal green diesel, scrap metal and a number of unlicensed dogs and horses were seized from the five-acre site.

The local authority is preparing a Traveller accommodation programme. This will take into account the needs of the Traveller community, including potentially providing more tailored accommodation and providing set dated targets.

Some of the issues to be dealt with in the plan - which comes before councillors next month - will include whether to upgrade or replace halting sites, what kinds of housing to provide, and the consideration of transient sites, for those visiting Limerick only at certain times in the year.

However, housing official Mr O’Connor conceded that this plan is not sustainable.

Southside Fine Gael councillor Ger Fahy said: “If you are increasing them (Traveller sites), you need to ensure children are going to school, and there is more dialogue with members of an area.”

Mr O’Connor said: “There are different needs. I think a lot of families in halting sites have a preference for long-term housing. It is something we need to deal with in the new plan.”

On a question about whether Traveller families are subject to same conditions as local authority housed families in terms of antisocial behaviour, Mr O’Connor confirmed this was the case, but said it is an extremely difficult situation to police.